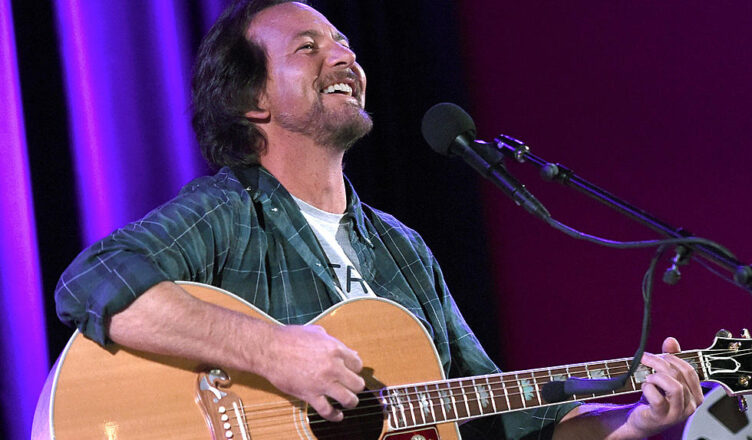 Pearl Jam frontman Eddie Vedder will release the “Matter Of Time” package on Friday, December 25th via Monkeywrench / Republic Records. Just in time for Christmas, it expands on the previously released two-track set and compiles a series of songs and acoustic versions performed and recorded throughout 2020. It presents all of these tracks together for the first time in a comprehensive collection that also includes an acoustic version. from the song “Growin ‘Up” by Bruce Springsteen.

Among the additions, the project includes a powerful acoustic rendition of “Future Days” from the 2020 Game Awards, which he performed remotely and streamed to the show. The track originally wrapped up Pearl Jam‘s 10th album in 2013, “Lightning Bolt,” and was also featured in the hit video game “The Last of Us Part II” as a touching and tearful farewell between the main characters Ellie and Joel. Meanwhile, “Matter Of Time” features emotional and energetic home performances of the classics “Porch” and “Just Breathe” captured for Amazon.

Vedder initially introduced “Matter Of Time” with the title track “Matter Of Time” and “Say Hi.” He personally premiered both songs as part of Venture Into Cures. As co-founders of the EB Research Partnership (EBRP), Jill and Eddie Vedder proudly presented the digital event streamed free live to viewers around the world on the official YouTube channels and the Eddie Vedder and Pearl Jam Facebook pages as well. as on the EBRP Site and social media platforms and Nugs.net. Fans from all over the world tuned in to support. The event showcased encouraging stories about individuals and families living with Epidermolysis Bullosa (EB) along with appearances and performances by famous friends to educate viewers about EB and raise critical funds for research on a cure for EB and other rare diseases.