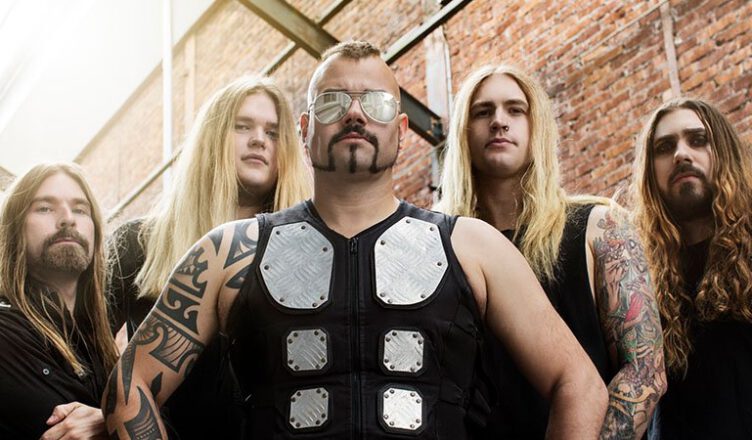 Swedish metalheads Sabaton will be entering the studio “in a few days” to begin recording their next album. The next LP will be the continuation of “The Great War”, which was released in July 2019 via Nuclear Blast Records. The band’s 20th-anniversary album was a conceptual endeavor covering stories from World War I.

News of Sabaton‘s recording plans broke today in a Christmas video message from singer Joakim Brodén and his bandmates. He said, “Hello everyone. We are here on Christmas Eve, and we just want to take the opportunity to thank all of you for being fantastic fans during tough times. We have good news though, and that is in a few days, we are going to go to the studio and record the next Sabaton album. ”

On Wednesday (December 23), Sabaton released a short teaser for a new song. In a message accompanying the YouTube clip, the band wrote: “We bet you didn’t see it coming … Are you ready to hear new music from Sabaton? Wait no more! Listen now to a preview of one of our upcoming songs. … ”

Earlier this week, Sabaton surpassed 1 million subscribers on its YouTube channel. To celebrate this, as part of their Advent Calendar, they released an animated video for their anthem “No Bullets Fly” by surprise, taken from their album “Heroes.” The clip tells the story of Franz Stigler and Charlie Brown, two pilots (enemies!) From World War II. Although Charlie’s plane was badly damaged and the pilot was injured, Franz decided, instead of shooting him down, to risk his own life and escort him to safety. They both survived and, more than 50 years later, they met again and became close friends. A beautiful story that was not made public before 1990.

Sabaton began recording “The Great War” exactly 100 years after the end of World War I (November 11, 1918) and took three months of intensive work to complete the album with producer and collaborator Jonas Kjellgren at Black Lounge Studios. . The album was mastered by Maor Appelbaum and the artwork was again created by Peter Sallaí.

“This is not the first time that we sang about stories from this period, but now we felt that it was the right time to do a full concept album about this war,” the band said.