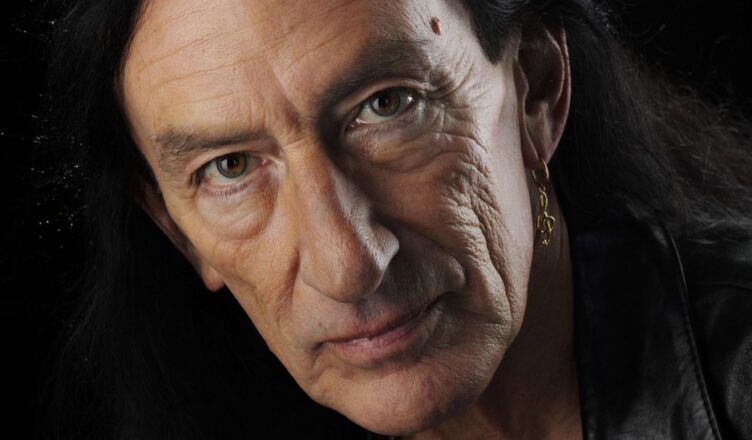 The latest album by late Uriah Heep founder Ken Hensley will be released in March.

The album, My Book Of Answers, is the result of a two-year collaboration with Russian fan Vladimir Emelin, in which Hensley put Emelin’s poetry to music. My Book Of Answers will be available through Cherry Red on March 5.

“I was flying to Moscow, he was on his way home and he saw me at the airport,” Hensley said, shortly before his death last month. “I guess I’m his idol and he’s been a fan since he was a kid. Well, he asked for an autograph and a photo, which I was happy to give him, and an email address.

The couple agreed to meet and Emelin asked if Hensley could turn a couple of his poems into songs. “I tried a couple of songs, although I didn’t know if I could do it because I had never done it before,” Hensley said. “He loved it and wanted me to do more and more until we finally finished with the songs on an album.

“I did most of the album under lock and key, with Coronavirus restrictions, which was easy because it was just sharing files over the internet with the musicians, the singers, and my engineer and it was relatively easy.

“What we had to do was make sure we didn’t compromise on any quality. I gave it to my manager Steve Weltman and usually before I know it he has the Cherry Red guys interested in that! Another dimension. ”

The collaboration has also spawned a video series, a concert, and an illustrated lyrics book, all of which will be included on a launch CD / DVD. The concert was filmed under socially distanced decisions near Hensley’s house in Spain, while the videos tell the development of each song.

“Each song features the original Russian lyrics, the translation from Vladimir’s friend in Siberia, and my annotated material where I changed the words of the poem into a song and created verses, bridges, and choruses,” revealed Hensley. “Fans can see all the changes I made and understand why I made them, and then there are the final lyrics that appear on the album.

“Alisia Vaselieva, a wonderful illustrator and friend of Vladimir, has done an illustration for each song, so five pages for each song, and it will be a deluxe hardcover pack, a collector’s item.”