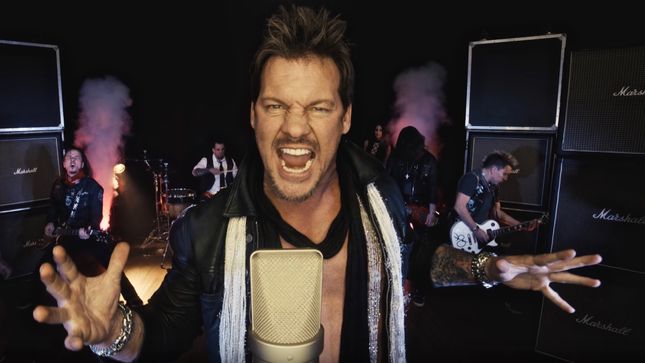 Fozzy guitarist Billy Grey has praised Donald Trump as the “best president” of his life.

Grey , who has previously shared memes questioning the mask’s mandates and suggesting that the presidential election was somehow stolen, made the remarks of him when Trump left the White House for the last time in his presidency, prior to the inauguration of Joe Biden. He then took a helicopter to nearby Andrews base, where he spoke, and then boarded the Air Force One plane bound for Florida.

Earlier today, Billy took to his Facebook page to write, “I don’t care what you think about this and I’ll say it, GODDESS TRUMP! BEST PRESIDENT OF MY LIFE!”

Grey is apparently not the only Fozzy member who has supported Trump in his re-election efforts. Singer Chris Jericho, who was born in Manhasset, New York before his family moved to Canada (he currently resides in Florida), reportedly donated thousands of dollars to the Trump 2020 presidential campaign as well as to WinRed committees. and Trump.

Last November, Jericho was criticized for claiming that he is not “a political person” even though it was known that he was donating money to Trump.

Earlier this month, Sebastian Bach attacked Jericho, suggesting that the Fozzy singer and wrestling superstar bears part of the responsibility for the violent siege of the United States Capitol.

After writer and comedian Tony Posnanski tweeted that all of President Donald Trump‘s supporters, including those who voted for Trump, donated to Trump and used any “MAGA” merchandise “are to blame for what happened on Capitol Hill,” Bach chimed in: This includes wrestlers. ”

Fozzy spent the last few months putting the finishing touches on their new studio album for a 2021 release.

Chris recently revealed that Fozzy‘s next LP will contain 12 songs, including a cover.

Guitarist Rich Ward and producer Johnny Andrews are once again “doing most” of the writing of the new LP, which is being recorded primarily in Atlanta, Georgia.

Released in August 2019, “Nowhere To Run” was Fozzy‘s third single to reach the Top 10 on rock radio, after “Judas” and “Painless.”

In addition to producing “Judas”, Andrews previously co-wrote Fozzy‘s song “Lights Go Out” in 2014. He has also written songs such as All That Remains, Three Days Grace, and Halestorm.