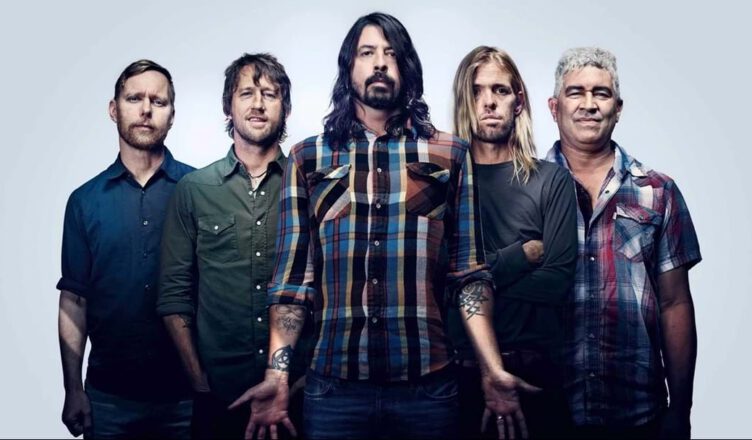 Foo Fighters recently announced a February release of their 10th album Medicine at Midnight, though in early 2020 they revealed that they had completed the effort. So why the delay? Like many acts, it had to do with the ongoing pandemic.

Speaking with Q104.3 from New York (as heard below), leader Dave Grohl offered some insight into the thought process on the launch. “We started writing this record almost two years ago, a year and a half ago. We wrote it while we were still on tour. We moved to this funky old house in my neighborhood; we built a studio in the upstairs bedroom; we recorded the drums in the living room, the guitars in the bedroom. I did the vocals in the bathroom next to the toilet. We started [recording] this, I think, maybe in September of last year, and we finished in January, February. We were totally done: mixed, mastered , ready to go. The art was made, the shirts were made, the equipment was in the trucks, we were ready to go. And then everything went out, “the singer recalled.

He continued: “Then they spent months and months trying to decide when we would release it. ‘Okay, do we publish it now?’ “No, let’s wait. Maybe we’ll see what happens. “A month later, ‘Shall we get it out now?’ ‘No, let’s wait.’

But Grohl began to question the wait. And he adds: “It took six or seven months, and I think we make this music so that people can listen to it. We don’t just make it so we can hit the road. We write these songs so that people can enjoy them and sing, whether in their kitchen by themselves with a bottle of Crown Royal or bouncing in a stadium, singing the choirs. ”

He concludes: “I thought, now, more than ever, that people need something to lift their spirits, something to give them a sense of relief or escape. I was like, ‘We have to turn it off. Turn it off right now. I don’t know when we’ll go out. to the road, but we have to give music to people, because that is why we make it. “