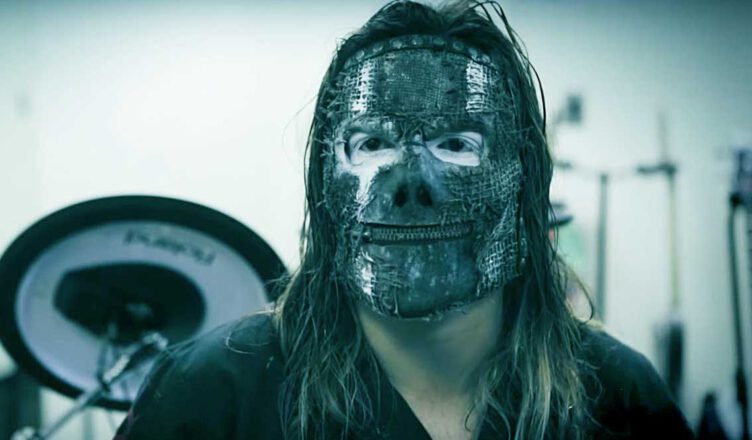 Slipknot‘s Jay Weinberg spoke with Vater Drumsticks about how he was influenced and inspired by watching his father Max perform with Bruce Springsteen‘s E Street Band in the early 2000s.

He said (see video below): “I never took a drum lesson in my life. I wanted to find out what I really loved about drums for myself. Because I had some guitar teachers who made me feel like I was going to school, and I didn’t want to go to school after school, so I really wanted to find out what I loved about drums just by doing it. So I wanted to play my Ramones records and my Metallica records, and so on and so on and But what I really learned, and what I feel was completely invaluable, was everything else about the music …

“Being a drummer who plays in a band every night, the music almost feels like that big part [put two fingers together], and the rest is just about tenacity, application, and endurance,” he explained. “And not just the physical stamina when playing the music, but the stamina to see an artistic vision through the people you’re collaborating with. It takes a lot of strength to really make all of those things go full blast, and It takes the right mix of people, it takes the right mix of attitudes. And so I learned that at a very young age by watching them do it night after night. ”

Jay continued: “For me the real learning was watching the baddest band in the country, the real tenacious E Street Band, watching them do what they did for four hours a night. To this day, you don’t see bands doing that. They’re in a league of their own. So having that education of seeing that happen every night, it’s like, there’s no party here. It takes a lot of focus to fulfill your vision and what Bruce and the E Street Band has done. for decades he’s been flawlessly executing a certain vision. So that’s what I really got out of that experience, and then of course I now apply that to Slipknot. It’s a vision that I’ve come to understand, and [I] was a fan when I was I was very young. I knew the band inside and out, I knew the songs like the back of my hand, I knew the vision of the band and the direction it was going. It takes that application and tenacity every day you wake up and you have to break down the door. So that was the best lesson n that I received from Max Weinberg University. ”

Jay was asked to replace his father as a touring drummer for Bruce Springsteen & The E Street Band more than a decade ago. Earlier this year, he described the experience as “completely insane. And I didn’t expect that to happen, but the stars aligned that way like it’s one of those ‘right places at the right time’,” he said.

Slipknot announced his separation from Jordison in December 2013 but did not reveal the reasons for his departure. The drummer later released a statement saying that he did not leave the group.