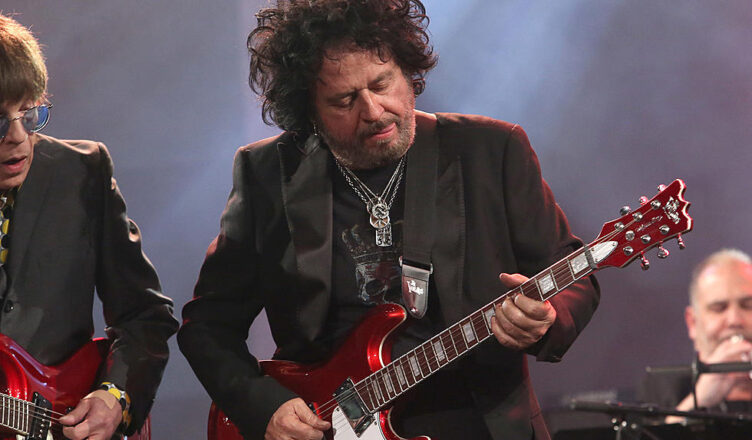 Steve Lukather (aka “Luke”) and The Players Club / Mascot Label Group present title track “I Found The Sun Again,” the third and final instant gratification release from Luke’s upcoming studio album, due out 26 February. The attached video features Luke and his girlfriend Amber Thayer (ex-wife of KISS guitarist Tommy Thayer), who is the inspiration for the composition.

“I Found The Sun Again” was co-produced by Ken Freeman, who also designed and mixed the new repertoire collection. Players feature many dignitaries who have been in Luke’s life for decades. Among them are drummer Gregg Bissonette, keyboardist Jeff Babko, and bassists Jorgen Carlsson and John Pierce. Longtime friend and Toto bandmate David Paich plays piano and organ throughout the album, while Toto vocalist Joseph Williams sang on multiple tracks along with composing strings and trumpet arrangements and the track keys in “Run To Me”. Both Paich and Williams co-wrote that specific composition, while All-STARRS friend and bandleader Ringo Starr makes a guest appearance on the recording and on the video. Other co-authors include Stan Lynch, Jeff Babko, and of course Joseph Williams.

Luke shares: “I’ve never had so much fun filming in my life. Painless, fun and easy, and it just flowed.” The repertoire includes five new original compositions and three versions personally selected by Luke. These are “Low Spark Of High Heeled Boys” by Traffic, “Welcome To The Club” by Joe Walsh and “Bridge Of Sighs” by Robin Trower. Lukather offers in the notes: “ALL these tracks were cut LIVE, no clix, no solution, no rehearsal, one pass, and the record and the whole record took 2. I dubbed some guitar parts and produced” A few melodies which are obvious but in the same period of time. I recorded the lead vocal right after we got the take on the same day. One song a day. Joe took her home and did some BG vocals, but that’s it. ”

“I wanted to make as honest a record as I could in 2020 with 1970s inspiration, and recording values, and techniques with a modern sound. Ken did that!”