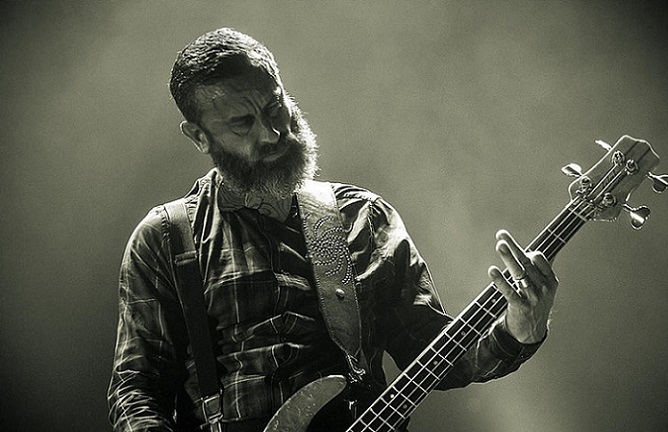 “I would say it was never a real threat, but more out of frustration. There were some dead ends we went down, and I’m talking working on stuff for a year or two, and then getting really frustrated — whether it’s one person wants [the song] to go one way or another, or just differences of opinions about the vibe of it, the specifics of it. We had those moments where we really had to step back and take a break from each other and then seriously wonder whether we were ever going to get through it. But somehow, we really know how rare and perfect our situation is. We really respect it. We know we’re not just going to step out and step into something else of similarity. So I think everybody really values what we have, and will always come back to that place and give it another go and really try and keep it together.”

Drummer Danny Carey spoke about how the TOOL composition process has changed over the years, resulting in long improvisation sessions between him, Chancellor and guitarist Adam Jones, after which music would be presented to Maynard James Keenan by his voice.

“Adam‘s probably the one who wants to try every little thing more and more, or maybe doesn’t quite trust himself right away,” Carey said. “Maynard‘s at the opposite end. He doesn’t even want to work on anything. There’s the flash of inspiration, he commits, and he considers it finished. Both of those guys drive me nuts! Can’t we just do something in the middle here?

“We all have our own views on it, but that’s just what makes the band what it is,” he added. “Putting up with each other, making sacrifices for each other, it leads to the great payoff in the end.”

According to Jones, the long and prolonged process is what finally makes TOOL music unique.

“We’ve always been a band, we’ve always been four parts and looked at it that way,” he said. “And there’s a lot of discipline and honor in our band, and part of that discipline and honor of collaborating is letting the other person be who they are and approach music the way they want to. It’s not, like, ‘Fuck everything. The four of us are going in a room.’ It’s more, this person takes a little longer, or this person has to work like this or in this area or these kinds of conditions. So that’s the biggest thing, and that’s to me the payoff. When it’s done, it’s rewarding; there’s a sense of satisfaction, a sense of self. But it’s a gruelling, painful, cursed process where you go, ‘This sucks!’ But as soon as you’re done, you go, ‘Let’s do another one!'”