The Fight Of The Century: Taylor Swift vs. Tool - Classic Rock News
Skip to content 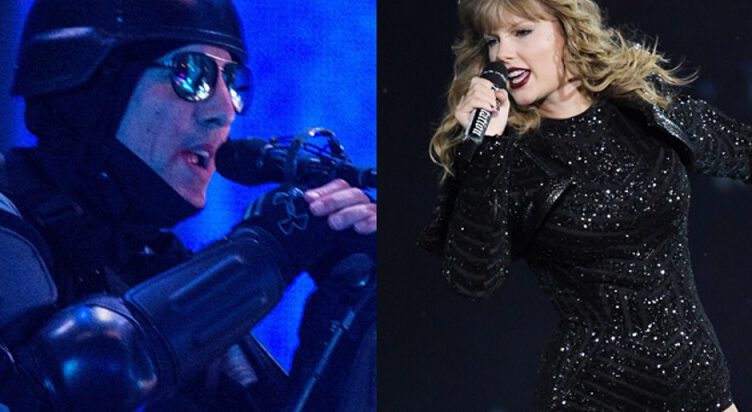 A few days ago, to anyone’s surprise, Taylor Swift‘s new album, Lover, reached number 1 on Billboard’s album charts. It was Swift’s sixth record number 1, recording the biggest sales week of any album since its last reputation was released in 2017.

In general, it was expected to remain in position n. ° 1 for at least another week or two, but now he is fighting a battle with an enemy that most of his fans have never heard of: Tool.

Tool’s Fear Inoculum is currently accumulating large numbers in its first week, and is expected to achieve album sales of up to 300,000 in the US. UU. (According to Forbes), which would put him comfortably in the # 1 position ahead of Lover, which expects sales of 260,000 in his second week. Fear Inoculum is already ahead of Lover on the iTunes album charts in Australia and the United States, with Norman Fucking Rockwell by Lana Del Rey! arriving in third place.

Swift fans, most of whom are not terribly familiar with Tool’s progressive metal varieties, are now losing their minds at the possibility of Lover being removed from the lists.

Taylor vs. Tool is the fight of the century. https://t.co/ffwnBylVBy

Keep streaming guys! This band Tool is dropping a new album after 13 years (lmao 13) is okey but.. We still have a chance! STREAM #Lover by Taylor Swift HARDER! Also YNTCD and Lover seems to doing well so.. We have work ? pic.twitter.com/tplJMRG4AO

all the old ass 30+ year old men quoting and replying to this all mad… embarassing…….. go take care of ur wife or kids weirdo

Taylor Swift stans learning who Tool are because they're currently selling more copies than "Lover" is really something special pic.twitter.com/k398YRDzvZ

It gives me hope for the world that @Tool is outselling @Taylor Swift https://t.co/KaEFfWXeHd

No we just have a good taste in music. Given you both are Taylor Swift fans I guess youre used to manufactured dog shit and wouldnt know what good music is even if it hit you in the face.