System Of A Down's Serj Tankian To Donald Trump: I Have 'Never Seen A President Suck So Much C**k' - Classic Rock News
Skip to content 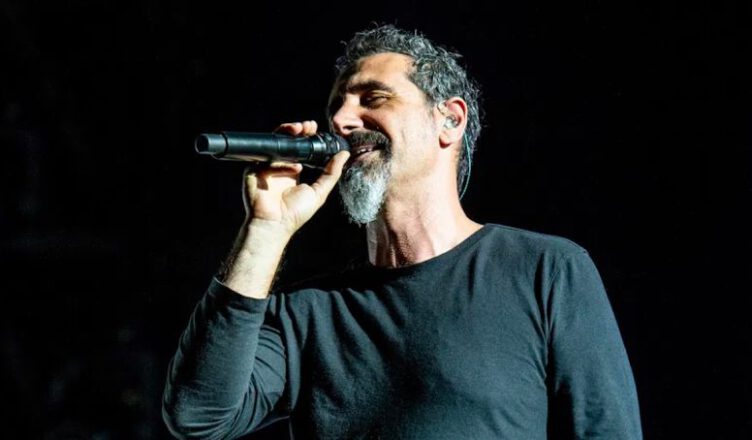 System Of A Down singer Serj Tankian criticized Donald Trump for granting Turkey legal rights over the vast religious-cultural heritage of the region’s indigenous peoples and other minority populations, including Armenians, Greeks, Assyrians, Chaldeans, Syrians, Arameans, Maronites, and Jews. and Kurds. The measure was strongly rejected by a number of cultural rights groups and museums.

The Memorandum of Understanding between the United States and Turkey was signed by the Trump administration in its final hours, and it came in response to a request from the Turkish government, submitted more than a year ago.

Serj, a Lebanese-born, Los Angeles-based Armenian immigrant, took to his social media on Tuesday (January 19) to share a statement from the Armenian National Committee of America (ANCA) on the “disastrous” cultural property deal, and included the following message: “Thank you, Trump. At your last minute, you decided to grant Turkey the indigenous cultural heritage of my people, including ancient churches and stone crosses, as a reward for trying to exterminate us. I had never seen a president suck so much cock. ”

Tankian’s views on the Trump presidency are diametrically opposed to those of System Of A Down drummer John Dolmayan, who has repeatedly defended the 45th president of the United States, saying that Trump’s opponents “perpetuated and instigated a total shutdown. of the economy “with the hope that it would collapse. and that he would be blamed. Dolmayan also praised Trump and accused Democrats of “demonizing” the president and “blaming him for everything under the sun.” Furthermore, John called Democrats “the true fanatics” who “fought to maintain slavery” and were “directly responsible for more than 70 million abortions, the vast majority of which were black.” Dolmayan also supported Trump’s claim that his administration had done more for the African-American community “than any president since Abraham Lincoln.”

In October, Serj told Forbes it was “frustrating” for him to see John so publicly supportive of Trump, especially considering that Dolmayan is also Armenian. “But that has to do with American politics,” Serj explained. “When it comes to Armenian affairs, we are on exactly the same page. We know what injustice is happening, we work together. We are doing different auction activities and working together on many fronts. The Armenian nation is united, whether it voted for Republican, Democrat. or none “.

Last year, Tankian asked Trump to resign, describing him as “completely unhelpful” for his handling of the coronavirus outbreak.