Megadeth's Dave Mustaine Played a Snippet From Their Upcoming Album ‘The Sick, The Dying And The Dead’ - Classic Rock News
Skip to content 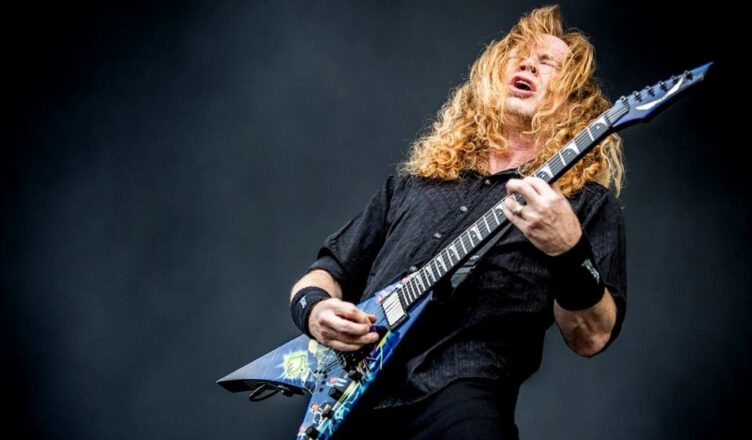 Megadeth frontman Dave Mustaine did a recent Q&A session during Rock ‘N’ Roll Fantasy Camp and played a snippet from his upcoming album, as well as sharing its possible name: “The Sick, The Dying And The Dead “.

In November Dave Mustaine had another interview with Full Metal Jackie and announced that they had a release date for the new album. Having managed to beat throat cancer in 2020, he began working with the band every day and making records. Since he did not make any statements on the official release date, it seems things are heating up by the day.

While Reddit users are so excited after learning the name of the new album, some other Megadeth fans claimed that Dave’s voice can no longer do E-standart and that he is having trouble playing some high notes.

“Attention all MEGADETH fans! Today during a Live Q&A with Dave Mustaine, I managed to get Mr. Mustaine to play a very short tease of the new upcoming Album… Enjoy!”

And here is what Dave said during the session:

“The tentative album title we have right now is called ‘The Sick, The Dying And The Dead.’ We may change that because there are some other titles, and I usually change the titles four or five times before I settle on anything.”

☢️⚠️Attention all MEGADETH fans⚠️☢️ Today during a Live Q&A with Dave Mustaine, I managed to get Mr Mustaine to olay a very short tease if the new upcoming Album….Enjoy?? from r/Megadeth