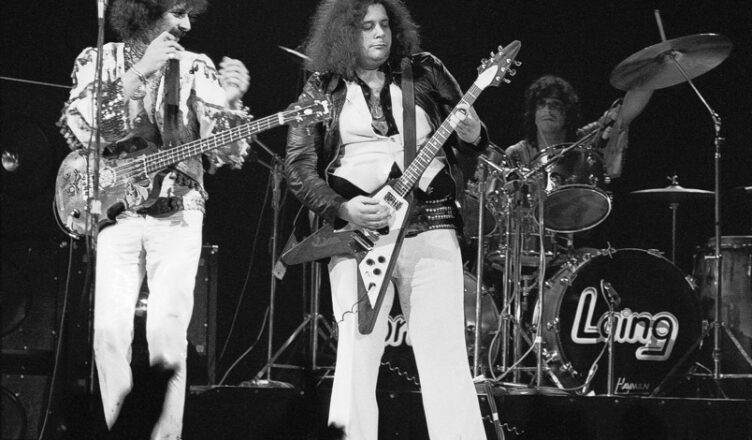 The Los Angeles Times confirmed her death through a publicist. Variety also reports that West has passed. The news was initially shared by West’s former guitar company, although no other details were given. The Times report mentioned heart problems.

Dean Guitars CEO Evan Rubinson also offered his personal condolences, describing West as “a man I really loved more than most, the funniest and most honest guy I’ve ever met.”

He suffered from a number of health problems in recent years: In 2011, West’s lower right leg was amputated due to complications from diabetes. But he continued to record and perform throughout his life.

West was born on October 22, 1945, in New York City and launched his career as a member of the Vagrants. The R & B / soul act scored a couple of minor regional hits in the mid-to-late 1960s, including a cover of Otis Redding’s “Respect,” but in 1969, West left to record his debut solo LP, Mountain.

Though credited solely to West, that album essentially served as a launching pad for Mountain, the band. Former Vagrants producer Felix Pappalardi, who had also directed projects for Youngbloods (their self-titled album) and the mighty trio Cream (Disraeli Gears), contributed bass, keyboards, and production.

Recruiting keyboardist Steve Knight and drummer N.D. Smart, they adopted the nickname Mountain, and in August 1969 they played their third show at the Woodstock Festival. Drummer Corky Laing soon replaced Smart, and the quartet released their debut LP, Climbing!, In 1970, featuring the signature single “Mississippi Queen.”

While Mountain originally disbanded in 1974, West and Laing revived the group several times over the next several decades, being the only consistent members. They released four more studio albums, including the 2007 Bob Dylan cover album Masters of War, which featured guest spots from Ozzy Osbourne and Warren Haynes.

West was productive in the new millennium, despite his health problems. He made numerous guest appearances, including a guitar cameo on a cover of “Mississippi Queen” from Osbourne’s 2005 cover LP, Under Cover.

He continues to be one of the most revered guitarists to ever play, influencing later generations of rock stars. In December 2020, Foo Fighters frontman Dave Grohl teamed up with producer Greg Kurstin for a new update, “Mississippi Queen.”

“Technically, I’m not a great guitarist,” West told Guitar World in 1987. “I just play with these two fingers [index and ring]. But do you want to know why people remember me? If you take a hundred players and put them in a room, 98 or 99 will sound the same. The one who plays differently has something of his own, that’s the one you’ll remember. “