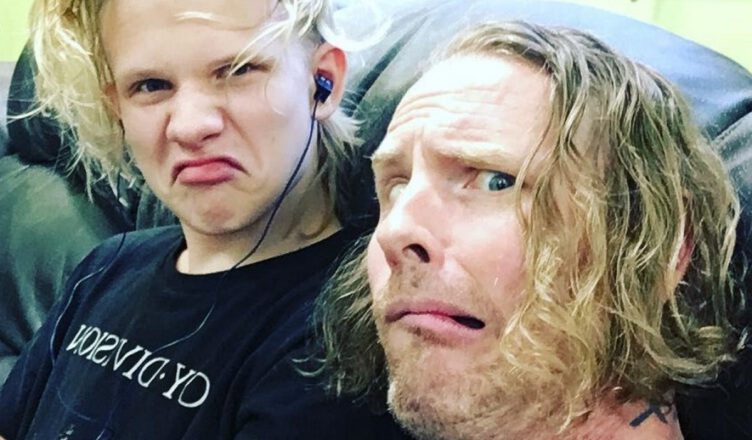 Griffin Parker Taylor, the son of Slipknot frontman Corey Taylor, shared a post on his official Instagram page for his father’s 47th birthday and expressed his emotions about his father, in addition to his gratitude towards him.

Corey Taylor and his then-fiancee Scarlett had their first child Griffin Parker Taylor on September 17, 2002. Taylor and Scarlett were married on March 11, 2004, and divorced after 3 years of marriage in 2007.

Griffin Parker Taylor, 18, has followed in his father’s footsteps when it comes to music. Parker has a band called “Vended” and another member of the band is Slipknot‘s son, Shawn “Clown” Crahan, Simon Crahan.

Now that his father, Corey Taylor, is turning 47, Griffin Parker Taylor shared a post on his official Instagram page dedicated to Taylor and referred to him as “ the best father. ” Parker also claimed that Taylor has taught him to understand the world and self-discovery. as well as revealing his gratitude for his family.

While celebrating his father’s birthday, Parker also shared a fun illustration of himself with his father side-by-side, which fans are delighted to see the duo through in a piece of art.

“Happy birthday to one of the best dads a kid could ask for. A man who has gone through hell and back. My father has taught me so much about this world, and help me understand it and myself at the same time. And this Christmas I am thankful for my family. Happy birthday, dad!!!!”