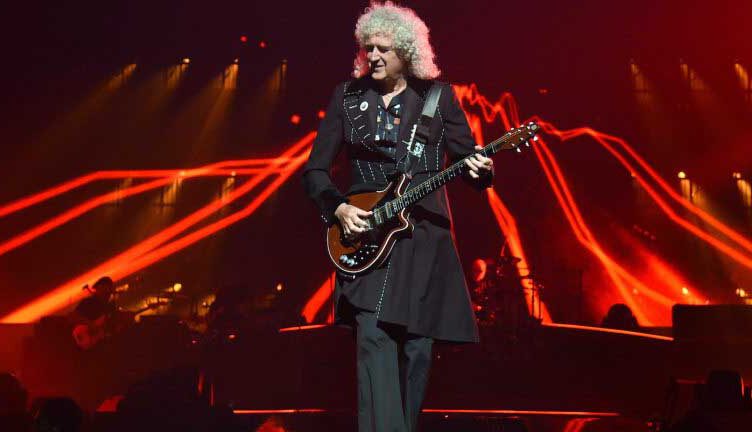 Brian May recalled a “moment of great joy” working with Eddie Van Halen on the 1983 Star Fleet Project, saying that all the musicians “smiled and smiled” during the “spontaneous” sessions.

Prior to that album, the Queen guitarist enjoyed some downtime from his lead band, as the musicians had “had enough of each other for a while”. Since he was in Los Angeles, he decided to call Van Halen and suggest a collaboration.

“I called and Eddie said, ‘What do you want to do?’ And I said, ‘Well, oddly enough, I have an idea in my head,’ ”May told Guitar World. “Because my little one had been watching this sci-fi series, and I always thought that the thematic melody would be a great vehicle to play the guitar with all its power. And Eddie said, ‘I’m willing to do it!’ “

He made follow-up calls to REO Speedwagon drummer Alan Gratzer and Rod Stewart bassist Phil Chen and also invited Queen keyboardist Fred Mandel. Upon agreeing to join, Gratzer pointed out, “It will feel like you are cheating on your wife!”

May reflected: “I think we had all reached the point where we had worked hard in the studio with our respective bands and it had almost become a job. … Of course, we all loved music, but there are times when you feel pressure in the studio, you have to make the album, the deadlines and whatever, and sometimes it gets tense. But this was different: we are all friends, and whatever happens here is an advantage. So he was full of joy. “