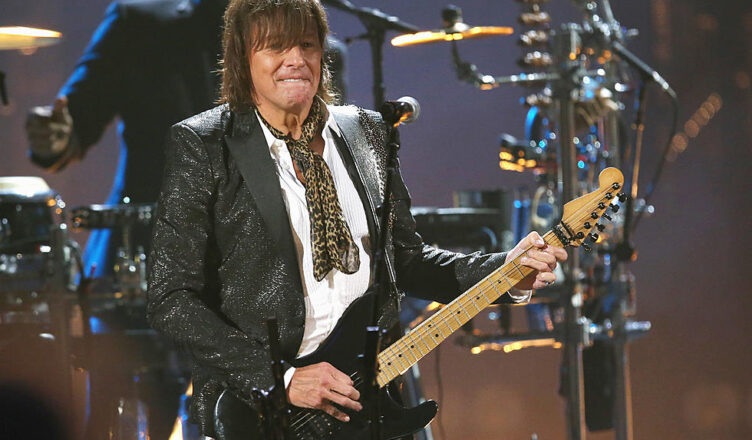 Richie Sambora said his decision to walk away from Bon Jovi on the eve of a 2013 tour to care for his teenage daughter Ava was the right one for his family.

“It wasn’t a popular decision by any means, obviously, but actually there was almost no choice about it,” he said in a new video on People. “I’m very glad I did. It certainly worked for our family. [Ex-wife] Heather [Locklear] is doing very, very well now, and Ava is doing great.”

The words echo what a source close to the family told the same magazine in October, shortly after the family celebrated the 23rd birthday of Ava, who graduated from Loyola Marymount University earlier this year. “It was a wise decision to step off stage to be a full-time father,” explained the source. “In the end, he was suffering a lot while on tour. Richie doesn’t regret leaving the band.”

As a result of being there every day, the guitarist said that he now has “an amazing relationship with my daughter” because they bonded with her when she took her to high school. “That’s where the conversation dropped. She was captive in my car for those 30 minutes. She couldn’t get out,” he joked. “You can figure out what you needed to find out and see how he feels and all that kind of stuff. We’ve always had a very open-minded relationship. I just said, ‘Hey, you can tell me anything. I’m’ going to be on your side. ‘

“I am very, very proud of her and the way she turned out from her,” Sambora continued. “She’s an amazing young woman with a bright future. She’s just dedicated to being a good person. And she is.”

Sambora also noted that being off the road has made him a better musician. “I practice more now than since I was a kid,” he said. “I continue to learn many different things. I am writing madly and it is going well. I am writing with many other artists besides myself and playing the piano better than ever. Time to try to improve on everything.”

Although Sambora and Locklear’s separation was accompanied by many arguments, they had resumed contact in 2016. Two years later, Sambora rejoined her former band to enter the Rock & Roll Hall of Fame.