Are You a Die-Hard Elvis Fan? Test Yourself - Classic Rock News
Skip to content 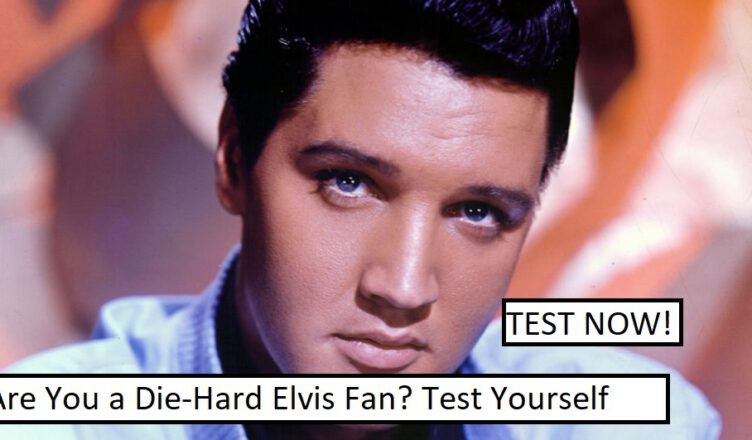 Having more songs in the top 100 than any other artist in the history of charting, and selling over $22 million in merchandise in addition to record sales, Elvis bought an 18-room mansion for he and his parents. What was it called?

Graceland was named after Grace Toof, the daughter of the original owner. It is a 500-acre farm located eight miles south of Memphis. It only cost $100,000 - a mere pittance by today's standards. Although it was not his only residence, it was the one that Elvis and his parents, and later on his Aunt Delta, would call home for the rest of their lives.

Shortly after being drafted into the army, where he was a private at Fort Chaffee, Arkansas, Elvis was granted an emergency leave for what reason?

Elvis was extremely close to his mother, and when he got word she was gravely ill with hepatitis, he was granted leave to be with her. Two days after his arrival, she died from heart failure, a devastating blow to the 23-year-old, who tried to throw himself into her open grave. Soon after her burial at Graceland, he returned to the army to finish basic training.

In 1953, Elvis went into Sun Records to ask about recording his first song. He claimed the record was for what purpose?

Presley told Sun Records that the single he wanted to record was to be a gift for his mother. The receptionist asked what kind of music he sang, and he said "all kinds." The single that resulted had "My Happiness" on side A and "That's When Your Heartaches Begin" on side B. Others thought that because there was a much cheaper recording service nearby, he was trying to get discovered.

Who died on the same day Elvis was born, but 35 minutes beforehand?

Jesse Garon Presley was Elvis' much anticipated and hoped for twin brother who, sadly, was stillborn just 35 minutes before Elvis made his entrance. Because he became so precious to her, Elvis had a special bond with his mother. His father, Vernon, had specially built the tiny home they had just moved into to prepare for the birth of the twins.

While stationed in Friedberg, Germany Elvis met Priscilla Beaulieu. They would court for seven years before finally marrying. Why did they have such a long courtship?

Priscilla Beaulieu was the daughter of a U.S. Serviceman Elvis met in Germany. The two met at a nightclub, and because of Elvis' penchant for young girls, he was instantly attracted to the pretty 14-year-old. Their relationship was intimate from the start, although he continued to see other girls throughout their seven-year courtship which ended when his manager put pressure on him to marry her in 1966. Their only child together, Lisa Marie, was born a year later.

What essential musical skill did Elvis lack that makes his remarkable career even more astonishing?

Elvis could not read a note of music. He had to have things played and sung for him before he could imagine what the song was like. Lucky for him, he was a natural at all of the other basic skills a musician needs, and it was easy for him to learn by ear.

Previously opposed to drugs and alcohol because of family members with addictions, Elvis became very dependent on which of these that led quickly to a deterioration in his physical and mental health?

Following a nervous breakdown on stage, his doctor prescribed heavy doses of barbiturates and Demerol to calm him and help him rest. He became completely addicted, even putting himself into a couple of comas. He thought it was ok because it was prescribed. Although he continued to play to sellout crowds, his singing was garbled, and he wasn't moving well. It became obvious to all that he was ill.

After Elvis' first TV appearance, he was brought to the attention of what manager that made him famous over the next few years?

Elvis was introduced to Colonel Tom Parker who had handled such big names as Roy Orbison and Eddy Arnold. He landed Presley a prestigious touring schedule. No one knew what to call his style of music, but because they said it sounded a little hillbilly and a little black rock, they coined the phrase "Rockabilly" to describe his sound. The photo is of the guitar Presley played in that first lucky television performance.

In what city was Elvis Presley born, and lived there until he was thirteen years old?

Elvis Aaron Presley was born on January 8, 1935, in Tupelo, Mississippi. He was named for his father, Vernon Elvis Presley. His mother was Gladys Love Presley. They lived in a tiny shotgun style home with only two bedrooms. His father built it in preparation for Elvis's birth.

During his first performance on the Louisiana Hayride radio program, played in front of a live audience, Elvis began his famous gyrating movements due to what?

Elvis became so nervous during this first performance in front of an audience that his knees were shaking violently. His wide-cut pants emphasized the movements. The young women in the audience began screaming in reaction, so he tried to make it look intentional. At the next show, the drummer played beats from working at a strip club and Elvis the Pelvis was born.

5 thoughts on “Are You a Die-Hard Elvis Fan? Test Yourself”