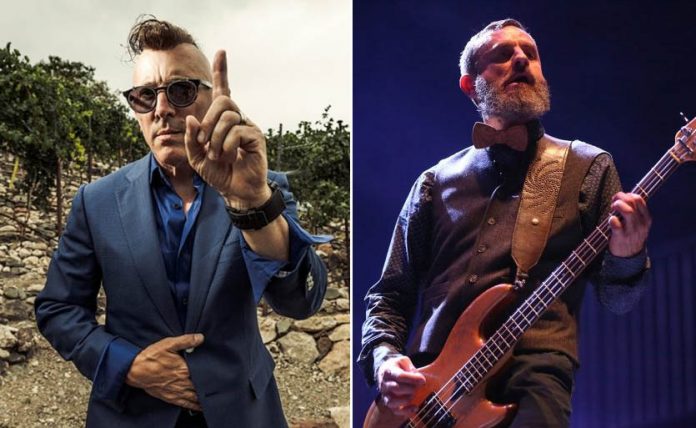 Tool’s bassist, Justin Chancellor, spoke in a recent interview with Striking to Chord and revealed the backstory of how he joined Tool by replacing the band’s co-founder, bassist Paul D’Amour.

He also gave some details about his first phone call with singer Maynard James Keenan, and said that after that phone call he simply said “I can’t do that.”

“I basically got a call, I got told that there was a call at my flat, I think I was actually doing a gig with Peach. ‘You got a call from the guys from Tool.’

At this point, we’ve done a couple of shows supporting them in London, when they did their London shows, they asked us to support them. We’ve also gone to LA with the help from some of their people and done four shows in LA as Peach, which was incredibly exciting.

Anyway, I got the call, I called them back, quite nervous, I’m, like, ‘What do they want?’. It was Maynard [James Keenan, vocals] and he’s, like, ‘We would like you to come out and audition to be in the band.’

It was a little too much to absorb and take in, and I think right on that first call I basically immediately just said, ‘Oh, I can’t do that.’ Again, the details are a little sketchy at this point. Essentially, I said, ‘Thanks very much, that’s so nice of you, but I’m way too busy here.’”