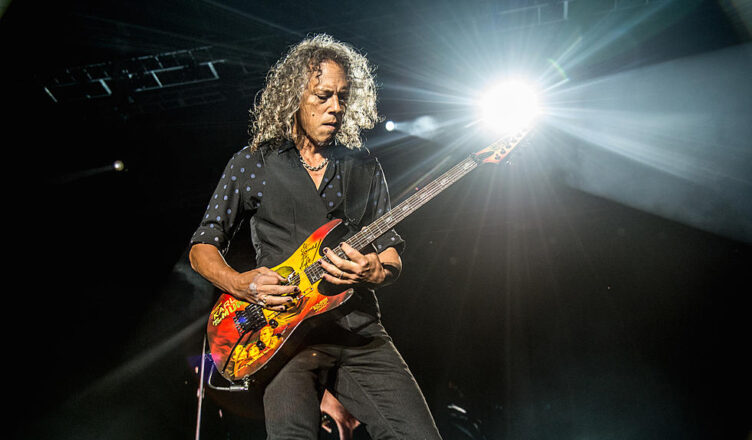 Metallica‘s Kirk Hammett laughed at the fact that bandmates James Hetfield and Lars Ulrich have forgotten their first meeting.

The backstage moment in 1982 came after the guitar band Exodus opened for Metallica for the second time. The following year, Hammett would be cast as Dave Mustaine’s replacement at Metallica, but it seems that the first time he met his future bandmates was not a memorable experience for them.

In a new interview with Gibson TV, the guitarist recalled how he had first heard of Metallica in mid-1982.

“The Exodus singer, a guy named Paul Baloff, who was an absolute maniac, walked into rehearsal and said, ‘Metallica. Very heavy! They are so heavy! “Hammett said.” And I thought, “What a great name! It’s like the best name in the world: Metallica!” He said, “Yeah, they’ll be playing the Stone tonight. We have to go see them. And then we went there, and there were like 15 people there. I remember standing at the front of the stage and saying, ‘Wow, these guys are pretty good.’

In November of that year, Exodus was the opening band in a three-act bill, with Metallica to follow them before they played the title act, Laaz Rockit. “There were about 100 people in the club, and then Metallica showed up and the place was packed,” Hammett said. “I don’t know where they came from, everyone showed up. … Then when they left the stage, the place emptied. ”

Their first personal meeting took place the following night when Exodus opened for Metallica in a two-band project. “I met those guys for the first time in the locker room … that was the beginning of my relationship with them,” he said. “And it’s really funny because, years after that, people would ask me, ‘What’s the first time you talked to those guys?’ And I’d say … and Lars would say, ‘Really? I do not remember! ” And James said, ‘Huh? Seriously? ‘They don’t even remember! “