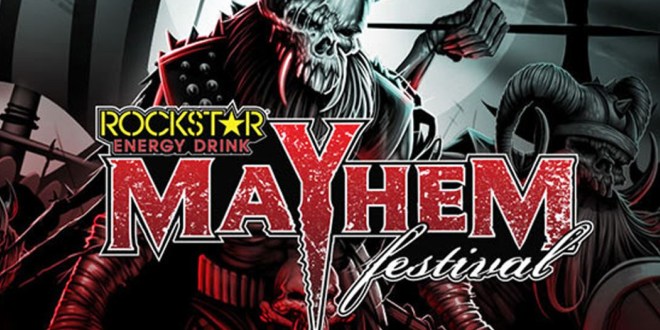 After a five-year break, Mayhem Festival seems to be returning in 2020. The traveling festival hinted at its return today (Monday, December 2) with an Instagram post by Rocky Balboa. An attached title read: “Don’t call it a comeback. # Mayhem2020”

After the Mayhem 2015 edition headed by Slayer , co-founder John Reese declared that the festival was coming to an end, in light of the poor attendance and unkind words of Slayer guitarist Kerry King.

“Rockstar Energy Drink Mayhem Festival 2015 comes to an end,” Reese wrote in a social media post back in August 2015. “All I know is we have all tried our damned hardest to make Mayhem a home for artists, a platform for bands to increase their fan base and a place where people feel welcomed.”

A few weeks earlier, Mayhem’s co-founder Kevin Lyman criticized the metal scene for less than usual attendance in the 2015 edition of the traveling event. The tour was smaller that year, with fewer bands in general and fewer “headline-worthy” acts at the top.

In addition to Slayer , the line-up presented King Diamond as headliners, with HellYeah, The Devil Wears Prada and Whitechapel among the supporting acts.

“The bands at the top all demand a certain level of fee to be on a tour,” Lyman told the Detroit Free Press back in July 2015. “Unlike punk rock, metal never knows how to take a step back to move the whole scene forward…What happened was metal chased girls away because what happened was metal aged. Metal got gray, bald and fat.”

Later, King told Houston Press that the problem with that summer’s event was not so much in the metal bands themselves but in the way the festival was reserved.

“I didn’t take what [Lyman] said personally,” Kerry said. “He just definitely had a mike put in front of him and said some shit that’s detrimental to this tour and any tours he has in the future — not just Mayhem, but whatever else he promotes. Because, to me, he committed business suicide.

“At the end of the day, what I think happened to Mayhem was that they waited too late in the game to get the talent they needed to pull it off correctly,” Kerry continued. “Because what happens is, people get booked up so early these days that it seems like all the bands that could have made this more of a success are playing in Europe now instead of being on a U.S. festival. It just made the talent pool less than it could be.”