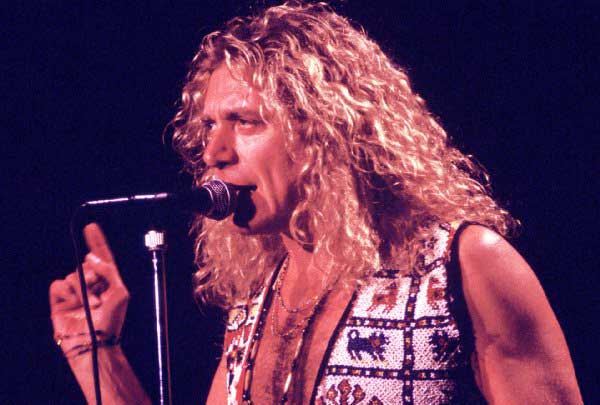 Plant: It’s quite a band [The Honeydrifters].

Co-Host: Yeah, what can you remember? Like, if I arrived in the studio for one of the recording sessions of that who would I see and what would be the vibe in there?

Plant: Well the vibe was: “Let’s get everything going quick and hurry up”. So Jeff Beck, Jimmy Page and Nile Rodgers played along side the rhythm section. It’s funny really because it was so nonchalant as a recording in New York when we did Good Rockin’ At Midnight which is a great track and made the top thirty singles in America. Sea of Love was my biggest solo hit ever. I’ve heard better versions of it but there we go!

Jeff entered, put a small amplifier on a table and was probably about three yards from the drums and we started playing it. Of course, in the cans, in the headphones, everything sounded powerful. So we just cut the track, then we came to mix it and I wanted the battery to be a little stronger. The symbols, the top microphones that went up the top of the drum kit. Every time he lifted that, Jeff became stronger and stronger. That is the story of thousands and thousands of amazing records that if you come back and strip them, that’s what happens. Jimmy played in Sea of Love and played in this, it excites me because at least in the afternoon we were together again.

I think it is [originally] a song by Wynonie Harris and I chose it because it was the first time I could sing with a truly organized vocal accompaniment setup. That was like a dream come true. I guess that was the beginning of what happened to me in the last ten years, you know? Fitting my vocal style in and around other people’s organized singing. That is something fantastic to do. I was hungry for that until that moment in 1984 when I said, “Yes, I can do this, yes.”