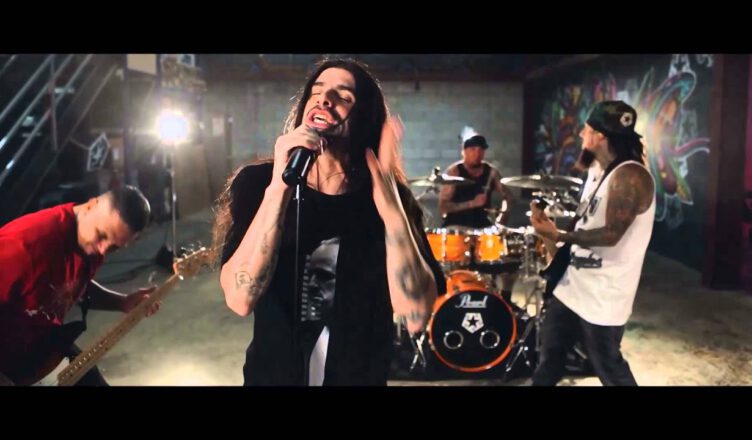 “Change The Channel“, the new music video for Stillwell, the band featuring Korn bassist Reginald “Fieldy” Arvizu, vocalist/guitarist Anthony “Q-Unique” Quiles, and P.O.D. drummer Noah “Wuv” Bernardo, can be seen below. The song is taken from Stillwell’s third album, “Supernatural Miracle”, which was released in September.

“Supernatural Miracle” finds Stillwell reconciling their eclectic and historical musical origins, and highlighting the similarities between each member’s famous careers.

“With this new album, Stillwell sounds like one band instead of previous albums where it feels like three or four different bands,” explains Bernardo. “With Q on guitar, it allowed us to be more cohesive with sound and direction.”

“We intentionally made sure we didn’t sound like the other bands we’re a part of, out of respect, integrity, and simply out of wanting to push ourselves creatively,” says Arvizu. “If people want to hear Korn, P.O.D. or the 10 bands Q works with, they can listen to them, Stillwell is their thing. We put together what I think is our best work yet.

Building on Stillwell’s previous albums – “Raise It Up” (2015) and “Dirtbag” (2011) – “Supernatural Miracle” serves as the culmination of years of finding your voice. With this release, these musical legends are sure to give you a new insight into who they are, apart from their stories, but together as a collective.

“I feel like this album was an important crossroads for all of us,” says Q-Unique. “Wuv and Fieldy gave me the space to step up on the guitar, and then having the opportunity to write these songs together was extremely surreal for me. It’s one of the reasons we called the album ‘Supernatural Miracle.’ Make In a nutshell, everything fell into place, from the writing, the recording, the schedules, the videos, and the illustrations. This album has been a smooth ride. “