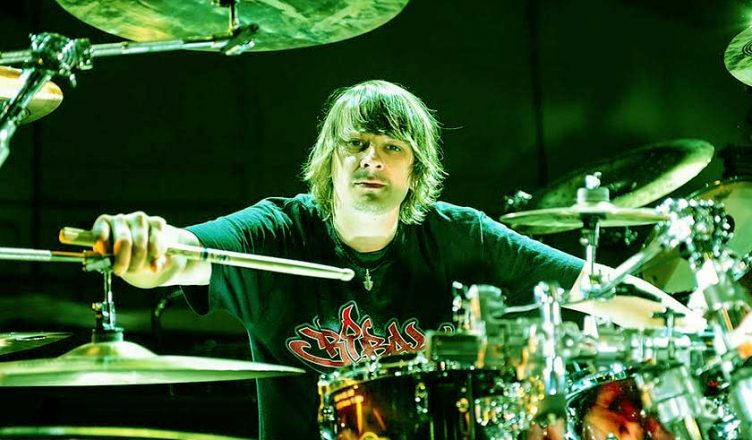 KORN drummer Ray Luzier spoke with Sonic Perspectives about the band’s upcoming album, “The Nothing.” On September 13 through Roadrunner / Elektra, the follow-up to “The Serenity of Suffering” of 2016 was produced again by Nick Raskulinecz.

“The new KORN is just so powerful and emotional, I think fans are gonna freak the hell out,” Ray said (hear audio below). “It’s got elements of the past KORN. It’s got a modern sound. I’ve never heard [singer] Jonathan Davis sound better than this. It’s really mindblowing to me, so I can’t wait for everyone to hear it.”

According to Luzier, “The Nothing” sees KORN experimenting with his sound, but also being faithful to him.

“That’s what I love about Jonathan: he’s not afraid of taking risks with things,” Ray said. “When we made the album ‘Korn III: Remember Who You Are’ [2010], that was my first full studio album [with KORN], and we returned with producer Ross Robinson, which was crazy. It was a very [ unorthodox] as to how we did it and put it all together, but I’m proud of that record because of how we did it. Then, turn left on the dubstep trip and bring DJs … So you’re not afraid of take a chance, and I love that. Sometimes you make fans angry by doing that.

“I think if you’re a die-hard KORN fan, you’re gonna freak out [when you hear] this new record, because it sounds like KORN 2019, but it’s got elements of the past in there,” Luzier added. “If you listen to this record from start to finish, it’s a mentally exhausting thing in a good way.”

Davis, whose separated wife Deven died in August 2018, told Kerrang! magazine that “The Nothing” reflected the events of his life, explaining: “Basically it is I who is dealing with everything that happened to me last year. Very emotional for me, but it is what it is. I can’t wait for people listen to it. I really spent a lot of time doing what I wanted to do this time. “