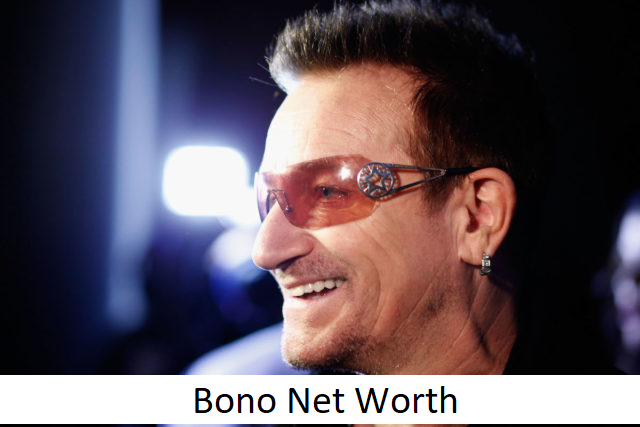 Bono Net Worth: Bono is an Irish musician and political activist who has a net worth of $ 700 million. Born as Paul David Hewson in Dublin, Ireland, Bono formed his U2 band at the age of sixteen, in response to an announcement on his school bulletin board. Beginning under the name of Feedback, the band changed its name to U2 (through The Hype) in 1977. U2 signed with Island Records in 1980 and became one of the most popular bands in the world, releasing twelve albums, consistently selling live venues and winning twenty-two Grammy awards. Bono has become a well-known social activist, performing at concerts Live Aid, Band Aid and Live 8, and campaigning for the relief of third world debt and greater international participation in the African AIDS crisis. In 2002, he co-founded the organization DATA (Debt, AIDS, Trade, Africa), which continued with the Red Project, a well-known initiative against the disease in Africa. Apart from his activism, Bono is also a successful businessman. He owns a vast real estate portfolio and is a board member of Elevation Partners, a private equity firm. Bono married Alison Hewson in 1982. They have two daughters and two sons.

There is a popular rumor that Bono became a multimillionaire after investing in Facebook through Elevation Partners. It is true that Elevation made a prior investment to the IPO on Facebook of approximately $ 210 million. Today that investment is worth around $ 1.5 billion. The part of the story that most people do not understand is that Bono is one of the six founding partners of Elevation and that Elevation is only entitled to about 20% of the profits produced by its investments. When all is said and done, Bono personally earned between $ 40 and $ 50 million with this Facebook investment.