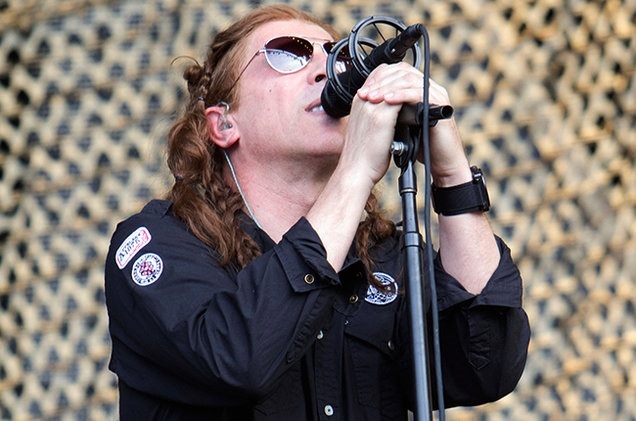 Fear Inoculum will arrive on August 30, 13 years after its predecessor, 10,000 Days. Keenan’s colleagues, Carey, Adam Jones and Justin Chancellor, have tried to explain that their approach to writing music was the main reason why it took so long to finish the LP, and that the singer was not to blame.

“I felt bad for him,” Carey told Metal Hammer in a new interview (via Loudwire). “He even told me he was getting death threats from these idiots out there. They just have no idea what our work ethic is. These things don’t happen, man. There’s no other record that’s going to sound like this Tool record. What you hear is what you get, and what you get is what it takes to get it done. And it’s not an easy process.”

Bassist Chancellor gave an example of that difficulty, noting that “sometimes I thought we were almost there. We had written an album or had some songs that were great, and then we returned everything and started again. It was devastating.”

In a separate interview, Jones recently said he didn’t personally feel the pressure of delivering Fear Inoculum before he was ready. “I felt anxiety because [people] would blame our singer, and it’s not his fault,” he said. “We all have our own things going on – lives, families, other projects, other interests – so it’s ready when it’s ready.”

When the title and release date were announced last month, Keenan described the moment as “a weight lifted off my chest.” “It took a lot of work,” he said. “The four of us are a lot of fucking work just to get anywhere. Oh my God – everything’s a fucking committee meeting and always gets shot down.”

At a Tool concert in May 2018, he explained why he had used the armor on stage, saying. “I’m afraid of bananas and other forms of fruit because eventually you wonderful people are going to run out of fucking patience,” He said. Returning to his bandmates, he added: So, I beg you, Danny, Adam, and Justin, please finish your parts so I can finish mine, and take this fucking riot gear off!”