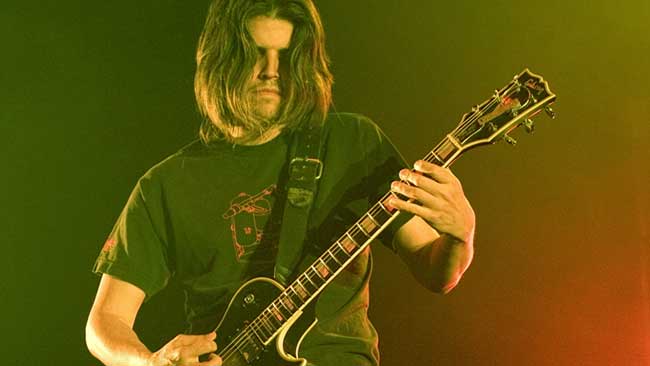 While all fans are waiting for the next Tool album to be released on August 30, Fear Inoculum, iconic Tool guitarist Adam Jones had a new interview with J. Bennet.

In that conversation, Adam Jones was asked to reveal the story of the upcoming album illustrations that most fans didn’t like at all.

Here is what Adam Jones said:

“And he was very into doing something with us again. We talked and he had this thing called ‘The Great Turn,’ and it’s basically this being that has two sides. It represents the two sides of anything – good and evil, light and dark, yin and yang.

And then there’s this net of geometry that flows between them and connects them. So a lot of it relates to the songs. It’s this observation of life, these choices we make, these things we all deal with.

But I think you’re gonna be really into it when you see it. It’s very different, and I’m very into it.”