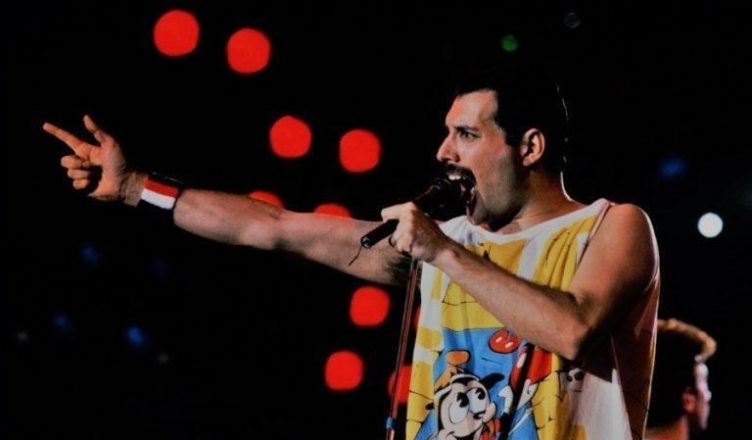 A couple of days ago, the 33rd anniversary of Freddie Mercury was celebrated playing live with Queen for the last time at Knebworth on August 9, 1986. While ‘Live Aid’ is seen as Queen’s last great show, especially with the release of ‘Bohemian Rhapsody’s biopic last year, the band’s real final shows was a massive event, with more than 120,000 fans present, the biggest audience on the’ Magic ‘tour. U2 leader Bono revealed how Freddie Mercury flirted with him in the Live Aid backstage.

Queen even arrived by helicopter, and John Deacon said on the show about the band’s future: “Yes, you ask how long it will last … but if I could say that the future life would be pretty boring.”

Freddie Mercury Club wrote on Instagram about the program along with a video, “I can’t say enough that this is for me the LAST concert of Queen. End point. The end. Some say that on this day a great chapter was closed in ‘ Queen’s Story ‘. But I will say no one chapter, but the whole book was closed on this day … the WHOLE BOOK ? haveThanks for one last great show Freddie … you came out in style as always … on top of the world … ? I miss you and I love you with everything … ❤ ”A few days ago a Blink-182 member revealed himself kissing a picture of Freddie Mercury.

?Queen at Knebworth? . 33 years ago today Queen performed their "last dance" at Knebworth on August 9th 1986 ?❤? . ✨This is the last Queen concert that the great Freddie Mercury ever poured his heart and soul in… . ✨In "true bombastic style" the band arrived at Knebworth Park by helicopter. . ✨Queen played to over 120000 fans at Knebworth. Their biggest audience on the Magic Tour… . ✨I love Freddie's referring to over 120000 people as "a slightly small gig" ?❤? . ✨And to quote John: "Yes you do ask how long it's going to go on…but if I could tell the future life would be quite boring…" ?? . ✨During the concert Freddie addressed the audience and said: "I think most of you know this is the last stop on our tour. You know that don't you? And such a beautiful way to end it. I mean look at the lot of you. I might also add that this has been the best European tour for us, thanks to all you fuckers out there." . ✨Little did anyone know at that time that this WAS Freddie's and Queen's last stop…and that it would be the last time anyone could say "Ready Freddie" to Freddie… ? . ✨I can't say enough that this is for me the LAST concert of Queen. Full stop. The end.? Some say on this day a big chapter in "Queen history" was closed.? But I'll say not a chapter but the whole book was closed on this day…the WHOLE BOOK ? . ?Thanks for one last great show Freddie…you went out in style just like always…on top of the world…? Missing you and loving you with my all…❤ . #FreddieMercury #Knebworth