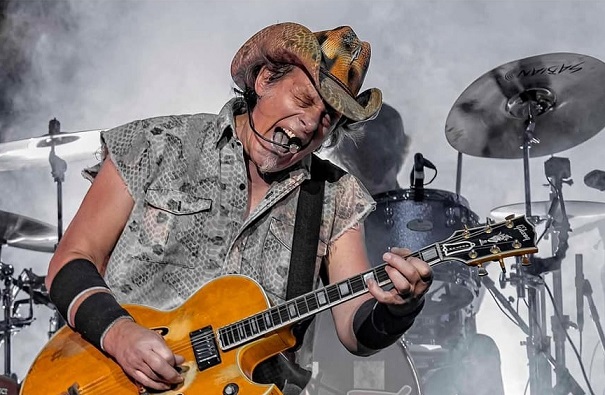 Rock music veteran and patriot Ted Nugent shared a statement written by an African-American woman on her personal Facebook page to defend Donald Trump against accusations of being racist.

Former President Trump advocate Ted Nugent has been sharing statements about the social and political issues that occur in the United States often on his social media accounts.

Recently, Ted Nugent published an open letter written by Lynne Patton, who was appointed by Donald Trump as Administrator of the United States Department of Housing and Urban Development for Region II. In her Facebook post, Ted Nugent wanted to defend President Trump regarding accusations of racism against her and, in accordance with this purpose, Ted shared a statement by Lynne, who is an African American woman who works in the Trump administration.

In the statement he released, Ted Nugent mentioned a conversation with his friend who called Donal Trump a racist and continued with Lynne Patton’s response:

“A friend called trump a racist and said he mocked disabled people… both false. So I thought I’d get my black friend’s input…

Ugh. Trust me, it’s beyond frustrating. Especially as a black person who has been with him for over 10 years. The sad thing is that her talking points are like from 2015 & people still believe it. And yes, while the disabled reporter incident got some traction, at the time, we found 4 other instances on video where he physically used the same mannerisms to describe politicians, journalists, etc.

I’m also so tired of folks who cry racism, yet Biden authored the “3 strikes” law that even the NAACP blames for the disproportionate amount of non-violent black men in jail for life over minor offenses. Biden also wrote the sentencing guidelines distinguishing crack from powdered cocaine, which ultimately imprisoned tons of minorities, while letting whites caught with the same amount of powder go free.

Trump undid ALL of it with the First Step Act. A criminal justice reform bill that even CNN credits with being the most significant bipartisan reform in 3 decades. Trump has given more money to historically black colleges & universities (HBCUs) than ANY president in history. He’s given more money to public housing than any president since 1997. I can go on & on.

A friend called trump a racist and said he mocked disabled people… both false. So I thought I’d get my black friends…