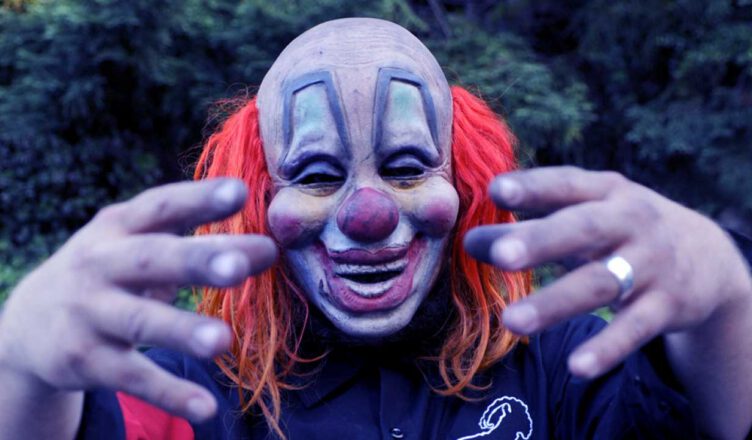 During an interview with The Electric Theater, Slipknot co-founder and percussionist Shawn Crahan, aka “Clown,” talked about the most challenging thing he’s ever done and revealed that he had a hard time learning to play guitar.

In addition to his iconic career with Slipknot, Shawn Crahan also performed with To My Surprise, a side project of his, and has been able to demonstrate his guitar skills ever since recording guitar and vocals for the band’s self-titled debut album.

Except for his work with To My Surprise, Clown is not associated with playing guitar considering his stage presence as the last remaining original member of Slipknot’s starting lineup before his big break in 1999.

However, during a recent interview, Shawn Crahan spoke about the complexity of playing the guitar due to the physical structure of his hands. Clown stated that it has been one of the challenging things he has done in his life due to his short and big hands as well as his state of mind.

Additionally, Crahan mentioned that while playing the guitar, he is often unaware of his actions. He also claimed that he found this incident “crazy” as its complexity prevented him from moving forward most of the time.

Here is what Shawn Crahan said:

“One of the hardest things that I’ve ever done in my life is trying to learn how to play guitar. And it’s such a physical thing for me. I have really short, big hands, so I got some obstacles that I have to take care of physically. And then there’s – mentally, I think that’s why I excel in some drum areas because I get off on crossing the hemispheres using the left and right brain.”

“I kind of like my tongue hanging out, and I can feel myself working. But with the guitar, I always found it crazy because I would be doing things and not knowing how I’m doing it. I’d be literally right playing some chords going, ‘How in the hell am I doing this right now?’

So it was that kind of complexity that always stopped me from moving forward, but really it was myself and not being able to move through the failure.”