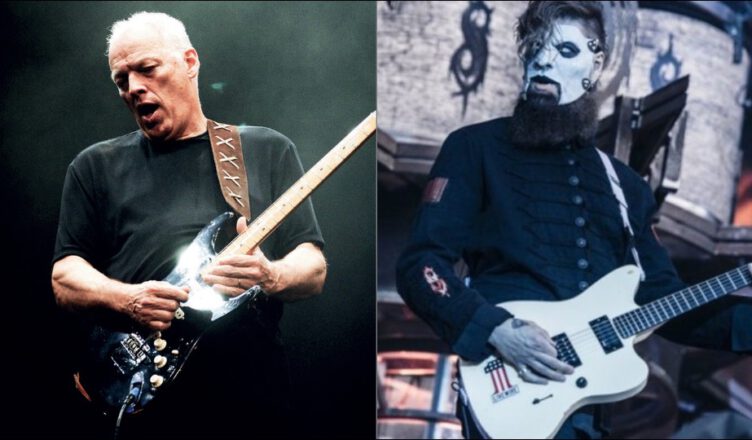 During a conversation with Brent Porche, Slipknot guitarist Jim Root talked about his musical heroes and albums that most impacted his musical journey.

“I would probably need new underwear if I met David Gilmour… There’s so much emotion in his guitar playing.

“All these bands, I grew up listening to it with my parents and stuff like that, that music is so formative for me, it means so much to me.”

“I was listening to, like, Motley Crue, Twisted Sister, Ratt, stuff like that, guitar-oriented music at that time. I think I was 13 or 14 years old or whatever.

“And then after school, I remember going to this guy Jason – another guitar player up where I grew up – and he was, like, ‘You need to check this out.’ He’s played [‘Ride the Lightning’ opening track] ‘Fight Fire With Fire,’ and I was, like, ‘What is this? This is, like, next level. I’ve never heard a drummer play like that, I’ve never heard nothing like that’…

“I mean, I appreciate Ratt and those other bands for what they are, but at that time, your mind’s a sponge, and you just want to be as extreme as you can with the guitar. I needed to learn how to pick that fast, needed to learn downstrokes, and that really helped form me as a guitar player.

“[Megadeth’s 1985 debut] ‘Killing Is My Business… And Business Is Good,’ all that stuff, once you found that record… Back in those days, there wasn’t, like, streaming, wasn’t word-to-mouth social media, it was: you go to a record store and you go for the cover that looks cool and you hope the band’s cool and you listen to it.

“Then you study the artwork, you read the lyrics and all that… So, after ‘Ride the Lightning,’ it was all bets are off, I was looking for bands like Onslaught, Overkill, Anthrax, Megadeth, you name it.”