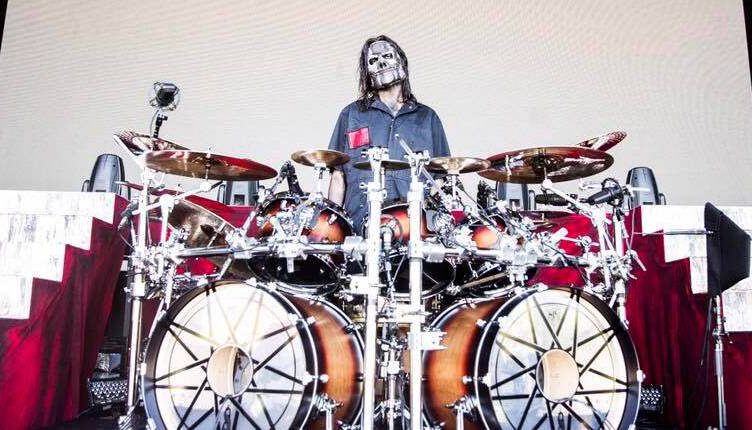 Slipknot drummer Jay Weinberg spoke in an interview with Outside the 9, and talked about Slipknot’s latest album, “We Are Not Your Kind,” which was released on August 9, 2019.

He also hinted at the possible upcoming Slipknot album. The interviewer asked:

“Your Instagram showed us a pretty gnarly pic of a blood-covered snare. Are there any tracks on the new album that you would say are your best drum tracks to date or even some of the hardest to play?”

“Yeah, this album was a beast to make – super proud of everything we’ve created for it. We definitely took a long time making it, the better part of three years to write and construct and rewrite, record it, re-record it, go back, edit, revise it, all that kind of stuff.

So everything was very thought-out. Very impulsive and nothing was too, like, mechanized in that way, but we really paid attention to every single note and how everything would play out on the album.

I think there are tracks on the new album that I’m particularly proud of. I like them all but songs like ‘Birth of the Cruel’ are really interesting, very different, I feel, for this band and, I feel, very different for my own playing. That’s really great.

Spiders’ is the same, something totally out of leftfield, it feels like a great evolution. I’m very proud of ‘Orphan,’ I think ‘Orphan’ is really a standout track, a great song that I’m super proud of.

These are songs that took a long time to craft, and they’re intense, so yeah, snares might get covered with blood, all that sort of stuff is just kind of part and parcel of what we do, so yeah, ‘Orphan’ is a tough song to play, that’s a really good one.”