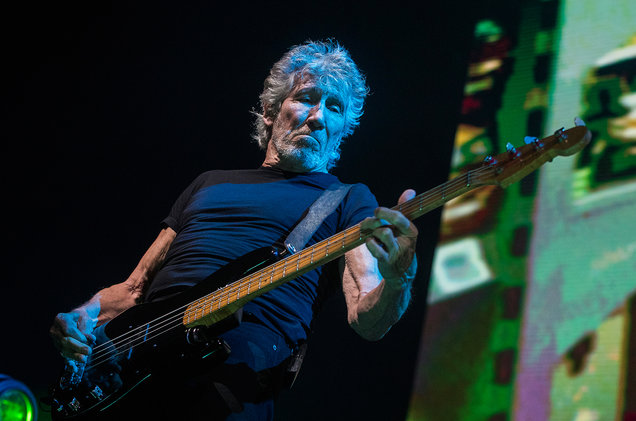 In an interview published by the Russian daily Izvestia prior to Waters’ shows in Moscow and St Petersburg, he defended the annexation of Crimea by Russia in March 2014, saying that “many agreements and other papers” exist that prove Russia’s claims for Sevastopol, a major military port in Crimea.

He went on to say that Moscow’s actions were “provoked” by ouster of Ukraine’s pro-Russian president Viktor Yanukovych, which he claimed was orchestrated by Washington.

Curiously, Waters’ statements resonated with the Kremlin’s rhetoric justifying the takeover of Crimea, and enraged many in Ukraine, which still considers the peninsular region as its own territory, illegally occupied by Russia.

The Ukrainian non-government organization Mirotvorets (Peacemaker), which aims to inform local law enforcers about foreign citizens who allegedly committed crimes against Ukraine, reacted by putting Waters on its unofficial blacklist.

He is being accused him of anti-Ukrainian propaganda, attempt on Ukraine’s territorial integrity and attempting to justify the annexation of Crimea by Russia.

Ukrainian authorities have not yet made any comments regarding Waters’ statements.

Since Crimea was annexed by Russia, a number of international entertainment personalities have ended up on Peacemaker’s black list. In some cases, Ukrainian authorities also take action, banning individuals who have publicly supported the annexation, including French actor Gerard Depardieu and Serbian filmmaker and musician Emir Kusturica, from entering the country.

Waters is scheduled to perform in St Petersburg on August 29 and in Moscow on August 31.