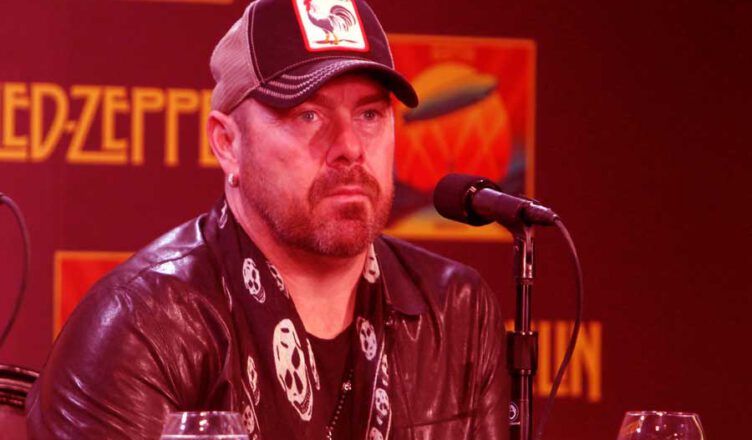 Jason Bonham said the collapse of his musical project with Jimmy Page and John Paul Jones left him “more devastated” than Robert Plant’s refusal to continue with Led Zeppelin after his only meeting in 2007.

The son of the original drummer John Bonham said earlier how much the six weeks of rehearsal for the three surviving members meant to him, and that the program itself had been one of the most enjoyable of his career, despite the associated pressures. He also discussed earlier how Plant told him relatively early that he had no intention of doing more than one program. That led to a new period of experimentation with Page and Jones during 2008, which failed after they couldn’t find the right singer, after the auditions included Steven Tyler and Myles Kennedy, among others.

“In a short time I was told by Robert himself that [a continued reunion] wasn’t gonna happen,” Bonham told Q105.7 in a recent interview. “[B]ut it was very, very special at that time. Later on, of course, just after Robert said that, I then got the phone call from Jimmy and John Paul, and we started to do some stuff.”

“To be writing, to go write, to be in the situation of writing with those two guys was just another world. Jimmy turned round at one point and said, ‘Okay, have you got any idea you wanna work on, Jason?’ And I’m like, ‘Woah, what?’ That was just so much fun, just to be in that environment, to still be around them.” He reflected: “If anything, when that stopped, that’s when I was even more devastated than when the Zeppelin thing stopped. … Knowing that it wasn’t gonna happen anymore kind of, it sucked.”

By that time, Bonham said, he had ended his stint with Foreigner in order to concentrate on the now-abandoned project. “So what grew from that was, as a manager of the time said, ‘Why don’t you just do this little Zeppelin thing… a tribute to your dad, kinda get it out your system?’” he said. “Out of one sadness came something that brings so much joy to me and so many others.”