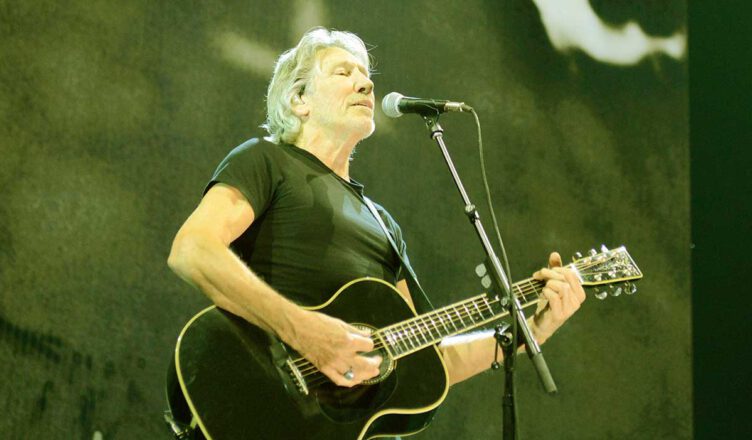 The singer said that Johnson and other populist leaders such as Donald Trump are determined to destroy the planet as a film from their last world tour, “Us + Them,” which highlighted the plight of migrants, premiered at the film festival of Venice. .

He said that like Brazil’s far-right president, Jair Bolsonaro, Johnson and Trump had embarked on “a deliberate search to destroy this beautiful planet we live in.”

“If we do not resist the neo-liberal and neo-fascist forces that are tearing the planet apart there will not be anything left for our children and their children,” the veteran star declared.

Waters, born in Britain, a former defender of left-wing causes, told AFP that Johnson “fits all fascist paradigms. He is a bigger jester than life totally selfless in anything beyond how he can get the power”.

“Fascism is always an unholy alliance between the ruling and the corporate class with the popular support of the uneducated mass. That is what is happening in the UK at the moment,” he insisted.

However, Waters said he would gladly sit with Trump, Johnson or the leader of the Brexit Party, Nigel Farage. “if such a meeting would bear fruit. I am a great believer of the stone dropped in the well… and the ripple that might do some good.”

But the writer of such classic protest songs as “The Wall” said none of the wave of populist leaders across Europe were capable of feeling “for a fellow human being.

“You either have love in your heart or you don’t,” he told AFP.

“[Matteo] Salvini has no love in his heart,” Waters added, in a swipe at Italy’s former far-right interior minister. “Neither does Boris Johnson, neither does Donald Trump,” he said.

“They are heartless sociopaths. So they shouldn’t be taken seriously by ordinary human beings.”

Waters had previously told reporters that Trump and Johnson’s kind of divisive policy was “managing to keep ordinary people in each other’s throat.”

He said the appeal of Trump and other populists was based on fear.

“They are amusing and they give (their supporters) permission to be complete arseholes.

“It pumps them up” and tells them “that they are better than the blacks and the brown people and anybody who lives in Mexico. However poor you are, you are superior to them,”

The 76-year-old said many young fans had flocked to his concerts because “the most popular music completely lacks meaning and emotion. They recognize the truth” in the lyrics of their songs about attacks on American drones and the widening gap between rich and poor.

Earlier in a highly charged press conference, Waters expressed support for WikiLeaks founder Julian Assange, who said he would probably be killed for revealing the US atrocities in Iraq.

He also said that the former jailed president of Brazil, Luis Inacio Lula da Silva, or Lula, had been accused of corruption and that the “factual powers” had done everything possible to undermine the “Bolivarian revolution of Hugo Chavez in Venezuela.”