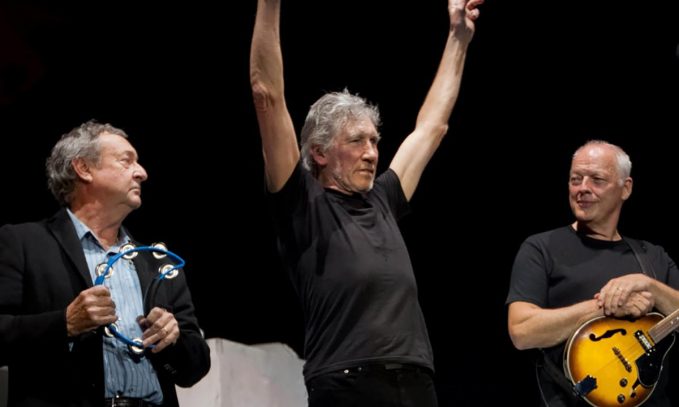 “Picking and choosing which songs to play, rather than turning into slap-fights, has actually been quite cathartic for the three of us. Oh, yes. It’s been quite a lot of fun. I’ve never played any music but my own, you know? And it’s quite interesting to hear some of my favourite songs done in the Pink Floyd style. It’s really a lot to take in, really.”

The music we heard was angelic. Gilmour’s voice transformed Led Zeppelin’s ‘Black Dog’ into a psychedelic voyage. Roger Waters’ interpretation of Primus’s ‘Tommy the Cat’ had our faces melting. I kept the DVD. I didn’t – wouldn’t – give it back to Mr. Mason. He was kind enough to leave it with us at the Scooper offices. We swore we wouldn’t show any of you any of it.

“We agreed that it might be a lark to sort of get our aggressions out by playing songs that we weren’t so invested in,” explained bassist Roger Waters to the Nevada County Scooper by phone. “The fans who hear our version of The Grateful Dead’s ‘Casey Jones’, they’re not going to complain. Any more than the fans who hear us do a Pink Floyd version of Metallica’s ‘Seek and Destroy’. The songs we’ve chosen are really all quite beautiful tunes that send some sort of message.”

Pink Floyd’s North American Tour will start in the Spring of 2017 and will span just 8 cities. Get your tickets now.

13 thoughts on “Pink Floyd to Tour Without Pink Floyd Songs”