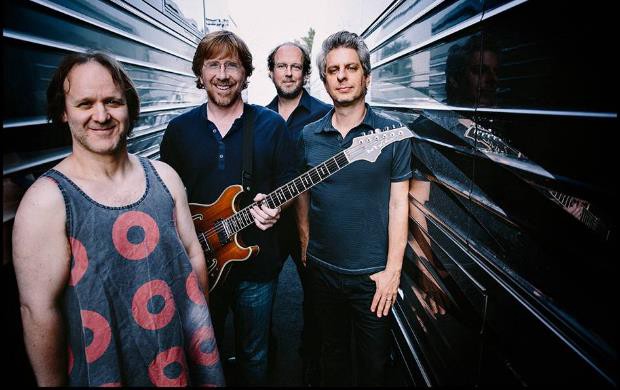 If you’re looking to spice up your socially estranged 2020 New Years’ Eve with a little excitement, you could do a lot worse than taking on the Phish gang in a game of chess.

Oddly enough, that’s what the band is doing to welcome 2021 instead of their usual New Year’s Eve festivities at Madison Square Garden in New York. Phish announced on Saturday that they have teamed up with Chess.com for a special showdown with fans as part of the regularly broadcast series they have been doing since the early days of the pandemic.

The chess challenge is more on the mark than it might seem if you are unaware of your Phish lore. In 1995, the band staged a similar showdown with fans during their fall tour. At each show, the band shared their move at some point during the first set. Then, fans gathered between sets to agree on their own move for that night.

Phish won the first game after fans conceded in mid-November. But fans resisted in the second game, with Phish granting New Year’s Eve 1995, her first New Year’s Eve show on MSG. For 25 years, that 1-1 tie has held, but not for much longer.

To celebrate the news, Phish put together a fun little mockumentary about the ’95 tour and her commitment to beating fans in the final showdown in 2020.

That ’95 NYE show is the one that came out of the archives on December 31, 2020 for Phish’s ongoing “Dinner and a Movie” series. The band released the archival streams in late March when the total reality of the 2020 nightmare pandemic was set in. It was meant to deliver a sample of the community-focused fanbase to fans who were stuck at home, with the band sharing the video recording of an older show along with a personally meaningful dinner recipe selected by one of the four band members.

They have been fun getaways, delivered weekly in the beginning before switching to a monthly cadence at the end of the summer. But this New Year’s Eve plan is the most ambitious and interactive yet, and Phish plans to take part in this live chess game.

At the end of 5 minutes, whichever move has the most votes is the ‘audience’ move. Stick around during the set breaks as the band joins in from their various homes, playing a few moves and providing scintillating commentary on the game.

This year alone, collectively we have raised and donated nearly $750,000 to 27 different nonprofits during the Dinner And A Movie series. Join us in continuing to support those in need. Donate at https://t.co/vQyWcEoqww