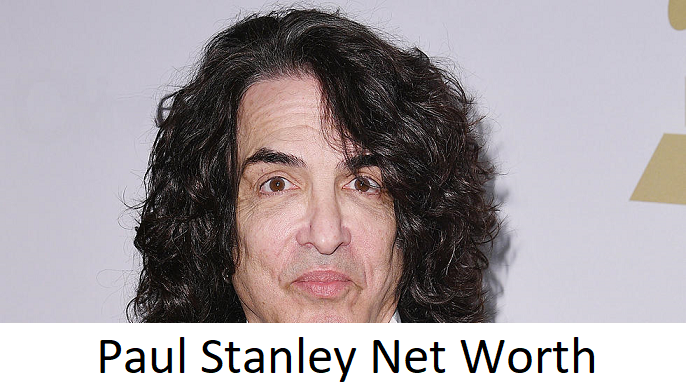 Paul Stanley‘s Net Worth: Paul Stanley is an American rock musician who has a net worth of $ 150 million. Paul Stanley was born Stanley Bert Eisen in Manhattan, New York, in January 1952. He is best known for being the rhythm guitarist and lead vocalist of the rock band Kiss. Before joining Kiss, Stanley was part of the bands Rainbow, Uncle Joe and Post War Baby Boom. Stanley worked for the first time with Gene Simmons in a band called Wicked Lester. The two stayed together and joined Peter Criss and Ace Frehley to form the band Kiss. His first album, namesake, was released in 1974. Stanley has written or co-written many of the band’s greatest hits. He developed the character “Starchild” as his character Kiss. Paul Stanley was ranked number 18 in the 100 best Hit Parader metal vocalists of all time. In a similar survey, Gibson.com readers ranked him in 13th place. He starred in a production of The Phantom of the Opera, playing The Phantom in 1999. In 1996 he made his debut as a painter. His memoir, Face the Music: A Life Exposed, was published in 2014. In 2011 Stanley underwent surgery on the vocal cords.

As a soloist, Stanley released his self-titled studio album in 1978. He released the album Live to Win in 2006 and One Live Kiss in 2008. In 2014 he was inducted into the Rock and Roll Hall of Fame as an original member of The Kiss Band. Together with Gene Simmons and manager Don McGhee, Stanley became part of the team owner group L.A. Kiss in the Arena Football League. He has served as ambassador for the organization AboutFace due to his microtia due to birth defect. Stanley had two hip replacement surgeries in 2004 and credits the injury of wearing platform boots for his performances.