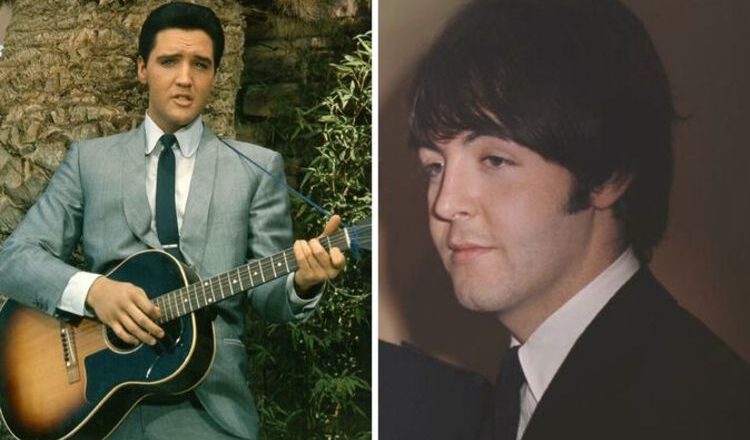 Paul McCartney said that Elvis Presley was the second coolest person he had ever met and recalled how The King was an inspiration behind the Beatles classic album Sgt. Pepper’s Lonely Hearts Club Band.

The Beatles and Presley met only once, on August 27, 1965, under an agreement that no photographs or recordings would be made. McCartney and his bandmates later shared different memories of the moment, though it is generally noted that it started off awkwardly.

In a recent interview on The Adam Buxton Podcast, McCartney was asked to name the coolest person he had ever met. “My wife … she’s very good,” he replied, adding that he hoped she was listening. “However, speaking like that, I met Elvis Presley, who was incredibly cool. Because this was before Vegas and the rhinestone outfit [period], this was kind of from Beverly Hills. So he was really cool. ”

McCartney listed Bob Dylan and David Bowie as “great” for a meeting, too. “If I had to choose, I’d have to go with my wife, Nancy, and if I had to give a second, I think I’d have to do Elvis,” he said. You can listen to the interview below.

In another part of the interview, McCartney recalled how the Beatles were inspired to develop Presley’s Sgt. Pepper. Their influence came after the British band realized they were “not having fun” on the road.

“We went back and started thinking, ‘What can we do? We don’t want to tour again, “he noted.” We heard that Elvis Presley had sent his gold-plated Cadillac on tour. He didn’t take it, he just sent it. And people would flock to see Elvis’s Cadillac, and then they would go. to the next city and those people flocked.

“So we thought, ‘That’s great! Only Elvis could have thought of that. “We said,” Well, what we should do is, we should make a spectacular record and that can do the tour for us. “Pepper was it.”