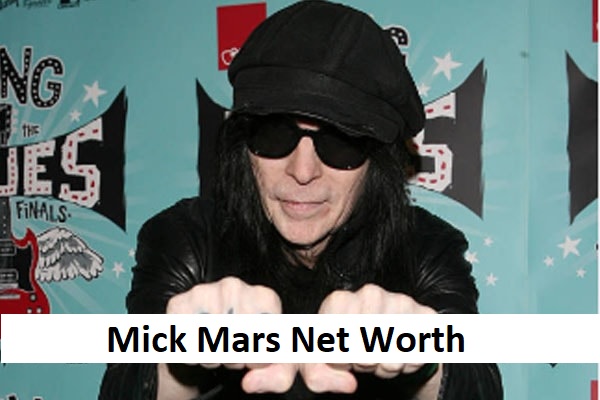 Mick Mars net worth: Mick Mars is an American musician who has a net worth of $ 70 million. Mick Mars is best known for being the lead guitarist of the band Motley Crue. Robert Alan Deal was born on May 4, 1951, in Terra Haute, Indiana. His family moved to California when he was nine years old. Mars dropped out of high school to pursue a career in music. He didn’t have much luck in the California music scene playing guitar in a series of blues-based rock bands with no success throughout the 1970s. Therefore, he had to perform low-level jobs during the day to reach the end of the month. Spending almost a decade like that, Robert decided to reinvent himself, changing his stage name to Mick Mars and dyeing his jet black hair, hoping for a new beginning. Soon, Mick Mars was discovered by aspiring musicians Tommy Lee and Nikki Sixx. The two together with Mars as guitarist and Vince Neil as lead singer formed a band in 1980 and called it Motley Crue. The name was actually Mick‘s suggestion. For the past three decades, the band has been one of the most notorious rock bands and one of the best selling groups in the world of all time, having sold 75 million albums worldwide and 25 million in the United States. They have released nine studio albums in total, the last one, Saints of Los Angeles 2008, was Gold certified. But besides being an impressive guitarist, Mick has also proven to be a prolific composer. Mick wrote or co-wrote several of Motley Crue‘s most successful songs, including “Dr. Feelgood”, “Same Ol ‘Situation” and “Girls, Girls, Girls”. Mick Mars was diagnosed with ankylosing spondylitis at the end of his adolescence and this has led to many health-related problems that have made it difficult for him to tour with the band in recent years.