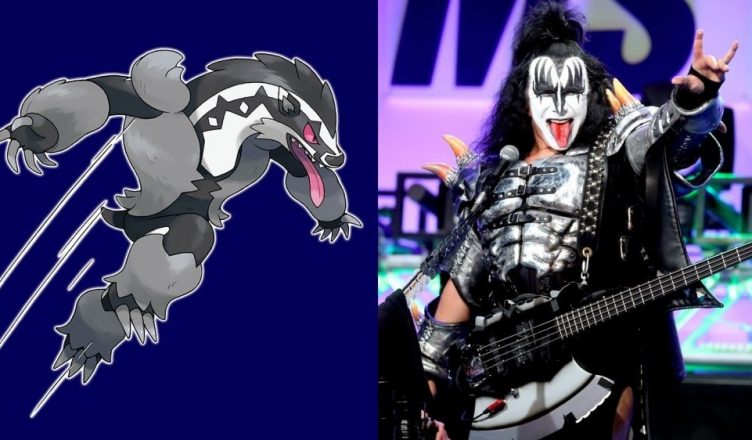 Several new features and Pokémon were announced for Pokémon Sword and Shield this week, and the addition of specific monsters from the Galar Region was one of the largest. Like Alolan forms, Galarian forms will introduce different variants of existing Pokémon, but also new developments such as Obstagoon, a third evolution for Zigzagoon and Linoone. Linoone looks like a skunk, but Obstagoon is the vivid image of Gene Simmons, the leader of Kiss. Here is a picture of Simmons with full makeup to compare:

Do you see the resemblance? Obstagoon has a white face, blackened eyes, armored limbs and perhaps most importantly, the pronounced rock tongue. Obstagoon is not a great singer as far as we know: it seems like a kind of fight and comes with Reckless and Guts skills, but the similarities are undeniable. Fans quickly realized that Obstagoon was a tribute to Kiss, so Newsweek asked Simmons about it in a recent interview.

“Pokemon has been a part of our household for decades, ever since our kids first discovered them,” he said. “And to see Pokemon pay homage to Kiss is flattering.”