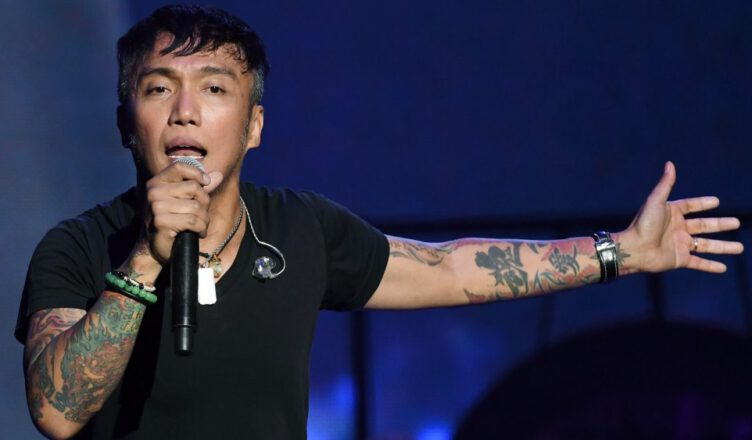 On episode 451 of the “Iron City Rocks” podcast, Journey singer Arnel Pineda reflected on Eddie Van Halen’s passing and said, “May he rest in peace. I’m not even a guitarist, I’m just an acoustic guitarist. . OMG. When it comes to him as a guitarist, I think he’s one of the best. And he’s a God. He’s a God when it comes to playing. I feel so bad. He left too soon, actually. He left too much soon. ”

Eddie died on October 6 at Providence Saint John’s Health Center in Santa Monica, California. His wife, Janie, was by his side, along with their son Wolfgang and Alex, Eddie’s brother and Van Halen‘s drummer.

After undergoing hip replacement surgery in 1999 due to a chronic joint problem, Eddie was diagnosed with mouth cancer in 2000 and had to have part of his tongue surgically removed. Declared “cancer-free” in 2002, he subsequently had to have “cancer cells scraped from his throat intermittently after they migrated there.” He later battled lung cancer and had been receiving radiation therapy in Germany. Things got worse in early 2019 when Eddie was in a motorcycle accident. He was later diagnosed with a brain tumor and underwent gamma knife radiosurgery to treat the disease.

After Eddie’s death, fans left flowers at his childhood home on Las Lunas Street in Pasadena, California. Additional flowers, candles, and fan souvenirs were placed on Allen Avenue, where Eddie and Alex etched their band’s name into the wet concrete of a sidewalk as teenagers.