John 5 about playing with David Lee Roth: 'It's like working with your hero' - Classic Rock News
Skip to content 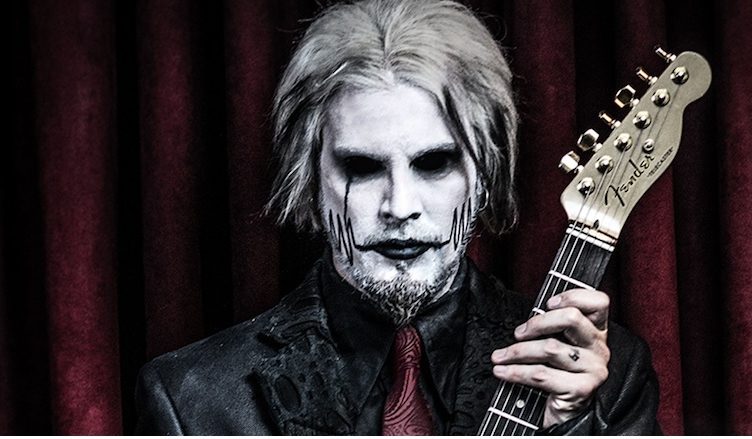 Rob Zombie guitarist John 5 says that collaborating with David Lee Roth was like “working with your hero.”

John 5, who got his first big break playing on Roth‘s solo album, “DLR Band”, before landing stints with Marilyn Manson and now Zombie, spoke about his working relationship with the Van Halen frontman during a recent interview with Sonic Perspectives.

When asked if it was difficult to communicate with Dave during his writing sessions, John 5 said: “He knows exactly what he wants. And we work really well together. He will talk to me or say something and explain it to me, and luckily, I I will know everything he is talking about, and I am so in tune with everything he is talking about. He will make reference to something and I will say, “I know exactly what you are talking about.” So we work very well together. He is a great friend. And I’m a big fan of Van Halen and David Lee Roth. So it’s great to work with him, it really is. It’s like working with your hero. ”

John 5 also talked about the state of the unpublished album he made with Roth several years ago. When asked what may be causing the delay in making the record available to the public, the guitarist said: “I don’t know. Dave owns all those things, so I’m not sure. But maybe that will come out in the future.” Everything is positive thinking, and I keep my fingers crossed for that. ”

In 2015, John 5 told Guitar Player magazine that the sessions for his latest Roth album, which apparently took place at least five years ago, were remarkably relaxed. “I would just go to his house and write these songs with him, and he would say, ‘Let’s go to the studio,'” explained John 5. “Then he would go to Henson’s studio and record these songs. They came out … They are so good. They are so good. And we have Gregg Bissonette playing drums, and I played bass, and they’re really great songs. ”

The guitarist said that Roth’s vocals on the album sound “like nothing you’ve ever heard. It’s the old Van Halen, it sounds like” Could this be magical? or something like that. It’s just that sound, that tone. ”

In a 2014 interview with “One On One With Mitch Lafon,” John 5 described the LP as “11 of the best songs he will hear, and it’s just Dave and me, and we had Gregg Bissonette playing the drums. And it’s amazing.” , He said. “There’s a song called ‘Somewhere Over The Rainbow Bar & Grill.’ And you know, just great songs.”