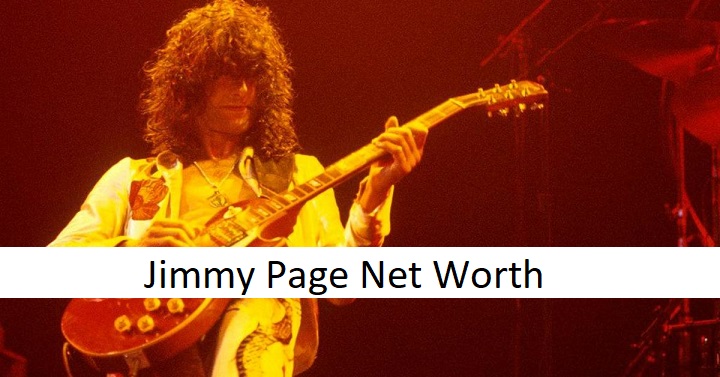 Jimmy Page net worth: Jimmy Page is an English guitarist, songwriter and record producer who has a net worth of $170 million. Jimmy Page is a founder of one of the all-time great rocks bands, Led Zeppelin. Born in London, England on January 9, 1944, Page got his start as a session guitarist at a London music studio in the 1960s and worked with many well-known British singing groups at that time. In 1966, he became a member of The Yard Birds, a group that enjoyed modest success. However, real fame came when he founded Led Zeppelin. Allmusic has referred to Page as “unquestionably one of the all-time most influential, important and versatile guitarists and songwriters in rock history. In 2003, Rolling Stone magazine ranked him Number 9 on the list of 100 Greatest Guitarists of All Time. He has also been inducted into the Rock and Roll Hall of Fame twice – for his participation with The Yard Birds and with Led Zeppelin, as well. Many in the music industry believe that Jimmy Page has been a continuous and positive influence on all rock bands since the 1970s. Page has released multiple studio albums starting with his debut Whatever Happened to Jugula? with Roy Harper in 1985. Page released the albums The Firm in 1985 and Mean Business in 1986 with the band The Firm. He released the solo album Outrider in 1988 and his album Coverdale-Page in 1993 reached #5 on the Billboard 200 chart. Page and Plant released the popular album Walking Into Clarksdale in 1998. Led Zeppelin formed in 1968 and broke up in 1980 with four reunions to follow. Their album Led Zeppelin IV and single “Stairway to Heaven” are both considered influential and popular works in rock music. Page wrote a lot of the band’s music and the band would go on to become one of the best-selling musical artists of all time with more than 111 million units sold.