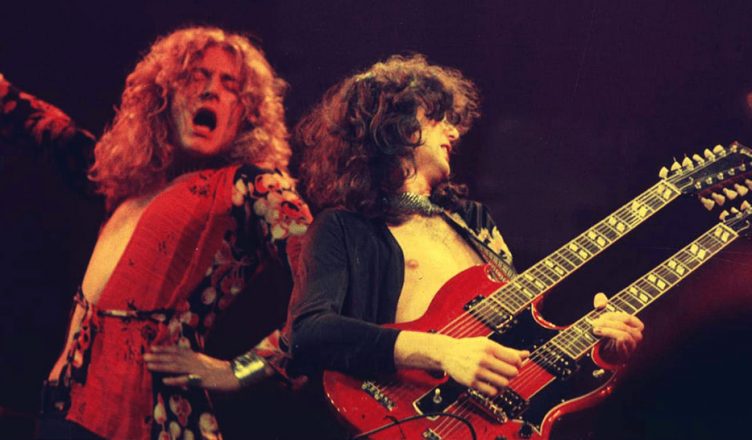 3) Jimmy Page took on the role of producer for Led Zeppelin’s first album. It took the band 30 hours and about £1,700 to produce Led Zeppelin.

4) To achieve the guitar sound on “Dazed and Confused,” Jimmy Page used a Telecaster, a Vox amp, a Sola Sound Tone Bender that created distortion, a wah pedal, and infamously, a violin bow. The guitar part for the song was recorded mostly in one take.

5) One crucial component of Jimmy Page’s production technique was the careful placement of microphones, especially to record the acoustic drums. By paying attention to microphone placement, Page was able to capture the natural reverberation of the sound without having to produce the reverb effects later on in production – rather, it was all captured live.

6) Something that stood out to Jimmy Page about the recording of “Good Times Bad Times” was the fact impressive sound that Bonham was able to achieve while only using one kick drum, yet achieved the effect that most other musicians need a double kick drum to accomplish.