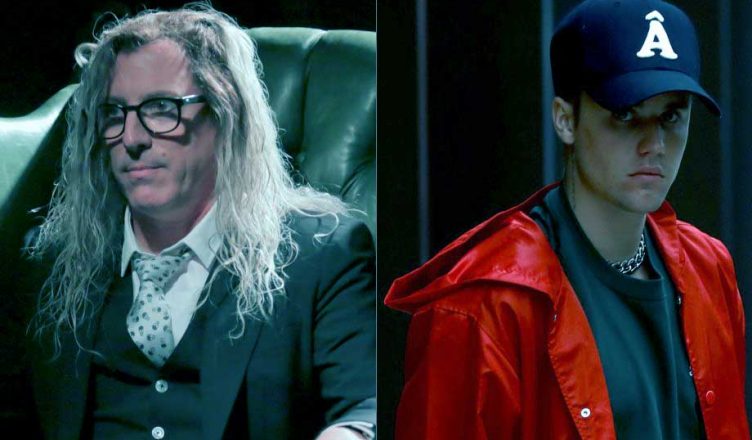 “Absolutely not! Anybody who digs your art, you want to share it with. It’s like trying to say you’re God Almighty to try to judge somebody. We’re not in the business of putting up barriers, that’s the job of politicians. They’re the idiots who want to build walls between people.”

“Who are you to wave your finger?/ You must have been outta your head/ Eye hole deep in muddy waters/ You practically raised the dead.”

“If you know what the song is to the lyrics I posted write them down on my last post don’t look it up please I’m curious if any of you know it.”

Hailey Bieber then told Keenan after his shot on Twitter, ““He expressed he was a fan of your music,” she wrote.

“Grew up listening to your music. You must be unhappy with yourself that you want to make people feel small who express their admiration for you. Very childish and hurtful thing to do. I hope u find security within yourself. Sad place to be.”

Maynard then posted a link to the Tool song “Hush.”

“And he even told me he was getting death threats from these idiots out there. They just have no idea what our work ethic is. These things don’t happen, man.

“There’s no other record that’s going to sound like this Tool record. What you hear is what you get, and what you get is what it takes to get it done. And it’s not an easy process.”