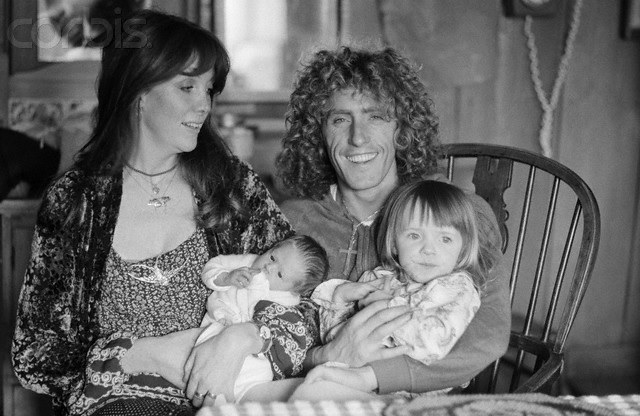 Daltrey has been married twice. In 1964, he married Jacqueline “Jackie” Rickman, and later that year they welcomed their son Simon; they divorced in 1968. In 1967, another son, Mathias, was the result of his relationship with the Swedish model Elisabeth Aronsson. In 1968 he met Heather Daltrey , a model who was born in the UK, who lived with his grandmother at the time, and the theme song of Jimi Hendrix 1967 “Foxy Lady“. Daltrey and Taylor were introduced by her friend, who knew he was depressed after a recent breakup with Jimmy Page of Led Zeppelin (personal story of the parents of Taylor). Daltrey and Taylor have been married since 1971 and have three children together: daughters Rosie Lea (born 1972) and Willow Amber (born 1975), and son Jamie (born 1981).

On March 1, 1994, the day of his 50th birthday, Daltrey received a letter from a woman claiming to be his daughter, a brief relationship during the interval between their marriages. Within a few years, Daltrey met two more born daughters during this period in the late 1960s. The three girls had been adopted and grown to adulthood before meeting their biological father; Daltrey states that Heather joined him to welcome the three daughters of his extended family. He notes that the couple embraces the extended family, which they affectionately refer to as “the whole tribe,” even on vacations that include their son Simon, his first wife Jackie and the children of Jackie in their second marriage. Like his eight children, Daltrey has fifteen grandchildren.