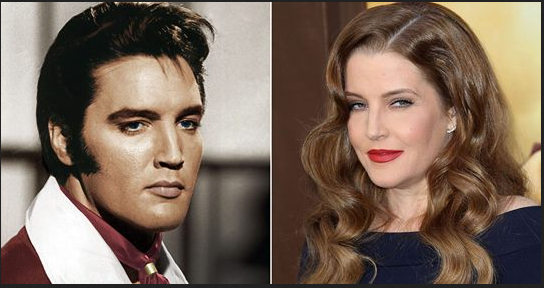 Elvis Presley duets with his daughter, Lisa Marie Presley, on a newly revamped version of “Where No One Stands Alone,” the title track from the late singer’s upcoming posthumous compilation of gospel songs.

The two singers alternate and harmonize over piano and pedal-steel on the ballad, which, in its original form, appeared on Elvis Presley’s 1967 LP How Great Thou Art. “Once I stood in the night/With my head bowed low/In the darkness as black as could be,” the elder Presley sings. “And my heart felt alone and I cried oh Lord/Don’t hide your face from me.”

RCA/Legacy Recordings, which will release Where No One Stands Alone on Friday, paired the song with a lyric video featuring family photos and in-studio footage of Lisa Marie Presley in the vocal booth. The footage was shot in studios in Nashville, Hollywood and New York, including two sites where Elvis himself had sang.

“It was a very powerful and moving experience to sing with my father,” Lisa Marie Presley wrote in the project’s liner notes. “The lyrics speak to me and touch my soul. I’m certain that the lyrics spoke to my father in much the same way.”

“Recording with all that history, in rooms that Elvis recorded his most memorable tracks, with the singers that backed Elvis in his most powerful performances, and with the raw emotion of his daughter Lisa Marie singing ‘with’ her father in the same room her father sang in a memory that we will cherish for the rest of our lives, and beyond,” Joel Weinshanker, one of the project’s producers, told Rolling Stone in a statement.

“This was his favorite genre — no question about it,” Presley wrote in the liner notes of her father’s taste. “He seemed to be at his most passionate, and at peace while singing gospel. He would truly come alive — whether he was singing just for himself and me at home, or on stage in front of thousands of fans.”