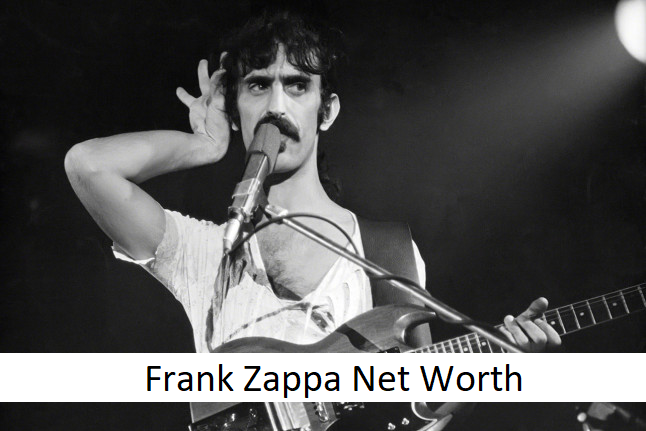 Frank Zappa Net Worth: Frank Zappa was a musician, composer, guitarist, recording engineer, record producer and American film director with a net worth of $ 40 million. Frank Zappa earned his net worth by directing films and producing more than 60 albums. Born Frank Vincent Zappa (December 21, 1940 – December 4, 1993) in Baltimore, Maryland, he was an unprecedented rock musician, known worldwide for his excellent musical knowledge and his scandalous sense of humor. In his career of more than three decades, Zappa composed atypical works ranging from rock and jazz to orchestral and concrète music. He was only a teenager when he acquired the taste and appreciation for classical composers of the twentieth century such as Edgard Varèse, Igor Stravinsky and Anton Webern, along with the rhythm and blues music of the fifties. He began writing classical music while he was in high school and at the same time played drums in rhythm bands and blues. Later, Zappa switched to playing the electric guitar. However, he has produced more than 60 albums, some along with the band The Mothers of Invention and others as a soloist. His 1966 debut album with The Mothers of Invention, Freak Out!, Was created using an eclectic and experimental musical approach along with dirty and fun lyrics, as were most of the later compositions with the band. As for Zappa’s solo albums like Weasels Ripped My Flesh, Apostrophe and Shut Up ‘N Play Yer Guitar, they only helped him move from an underground rock star to a prestigious composer. Self-taught composer as he was and influenced by various types of music, Frank created songs that critics often found difficult to classify. In addition to his great musical work, he was a great critic of conventional education and organized religion, as well as a passionate advocate for freedom of expression, self-education, political participation and the abolition of censorship. He married twice in his life and with his second wife he had four children, Moon, Dweezil, Ahmet and Diva. Frank Zappa was honored posthumously when he was included in the Rock and Roll Hall of Fame in 1995 and received the Grammy Lifetime Achievement Award in 1997.