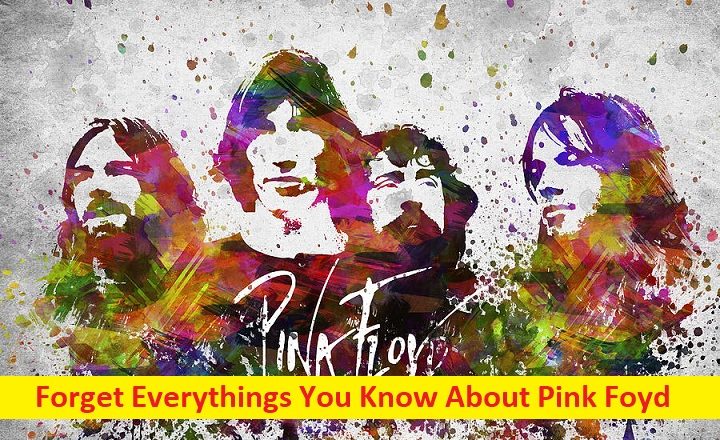 In 2014 Pink Floyd released what they said was definitely their last album. ‘The Endless River’ was made up of tracks started during the ‘Division Bell’ sessions that formed the basis of a Nick Mason side project (it had the working title ‘The Big Spliff’), it was finished off latterly by singer and guitarist David Gilmour. Refresh yourself of Pink Floyd’s majestic career in 50 fascinating facts.

Pink Floyd founder members Roger Waters and Nick Mason met while studying architecture at the London Polytechnic (now the University of Westminster) in 1963.

Guitarist and early driving force Syd Barrett joined Mason, Richard Wright and childhood friend Waters around mid-’65 when he moved from Cambridge to London. By the end of the year they’d started calling themselves The Pink Floyd Sound.

The names Pink and Floyd came from two of Syd Barrett’s favourite Carolina bluesmen, Pink Anderson and Floyd Council, which he merged together and voila!

People often assumed Pink Floyd was the name of a person in the band, especially stupid record industry people. The band sent this up with the line “which one’s Pink?” on the ‘Wish You Were Here’ song ‘Have A Cigar’ in 1975.

Pink Floyd recorded their first album ‘The Piper at the Gates of Dawn’ in Abbey Road studios while a band of Moptops toiled next door making ‘Sgt Pepper…’ The latter Beatles record blew minds on its release, though it could be said that the former was even further out there…

‘Arnold Layne’ – their first single and a minor hit at the time (it has subsequently achieved classic status) was based on a real life person Roger Waters knew who would steal women’s clothes and knickers from washing lines.

The b-side to ‘Arnold Lane’ – the psychedelic ‘Candy and a Currant Bun’ – was faithfully covered by Mars Volta and given away free with ‘The Bedlam in Goliath’ album via the mildly pointless VinylDisc format (vinyl on one side, CD on the other).

The b-side to ‘Arnold Lane’ – the psychedelic ‘Candy and a Currant Bun’ – was faithfully covered by Mars Volta and given away free with ‘The Bedlam in Goliath’ album via the mildly pointless VinylDisc format (vinyl on one side, CD on the other).

David Gilmour later released his own live version of ‘Arnold Layne’ recorded at the Royal Albert Hall in 2006 with David Bowie on vocals. It made no.19 in the charts.