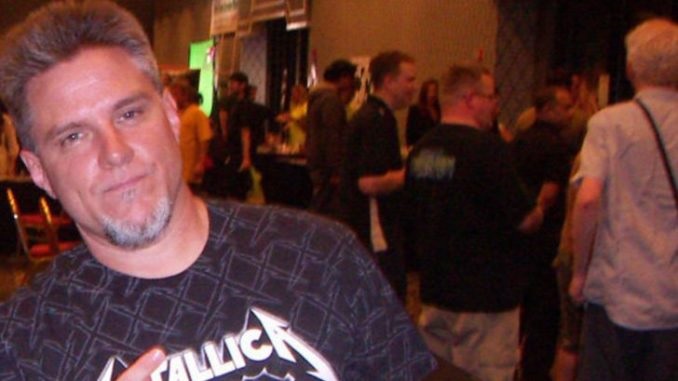 The former METALLICA bassist, Ron McGovney, has doubled his claim that he has never regretted his decision to leave the band.

Ron made the comment in response to a tweet from a fan asking if he has ever regretted it “leaving METALLICA and seeing them have overwhelming success.”

“would rather have privacy and freedom over money any day of the week,”

Last October, Ron told another fan on Twitter that he had no doubts about leaving the California metal group before the release of METALLICA’s first album. “It’s not a lifestyle that could have survived,” he explained. “Of many ways.”

McGovney was a member of METALLICA during 1982 and appeared in the band’s first demos. The tension between McGovney and then METALLICA guitarist Dave Mustaine led the bass player to leave the band and be replaced by Cliff Burton. He later told “Talk Is Jericho” that his departure from METALLICA did not bother him because he was less interested in the thrash style of the band, he was also interested in being a motorcycle mechanic.

In a 2004 interview with AllMetallica.com, McGovney stated about his time with METALLICA:

“All of the songs that are found on [METALLICA‘s debut album] ‘Kill ‘Em All’ were written in my garage and we played all of them when I was in the band. We also did DIAMOND HEAD covers: ‘The Prince’, ‘Sucking My Love’, ‘Am I Evil’, and ‘Helpless’. We covered ‘Blitzkrieg’ by BLITZKRIEG, ‘Let It Loose’ by SAVAGE and ‘Killing Time’ by SWEET SAVAGE. All of those songs can be found on bootlegs, but I have a practice tape of us doing some of those songs. I did do some arranging of the songs, but I was never credited with anything. I played at least 28 gigs with the band in the first year.”

During the aforementioned “Talk Is Jericho” interview, McGovney said that Burton was always “really respectful of me for my tenure in the band” in the years after Ron left METALLICA.

“I remember at that Palladium show in ’84, I had a pass but it was just like a sticker pass,” McGovney shared. “And I wanted to go in the back and talk to them but [security] wouldn’t let me in. Cliff saw me [and] he gave me his laminate. I walked back there and their tour manager said, ‘Why did you give him that?’ And Cliff said, ‘He was the first bass player for METALLICA.'”

I would rather have privacy and freedom over money any day of the week.