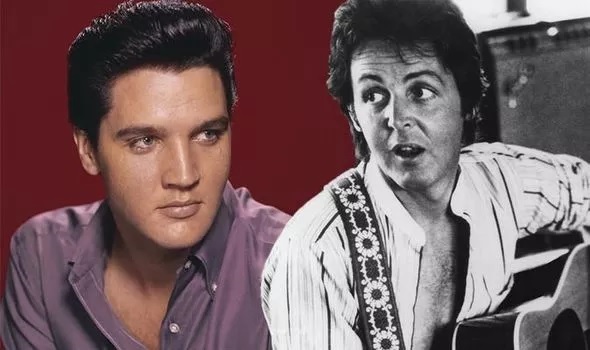 When The Beatles were at the height of their fame, they managed to meet the American superstar and the king of rock and roll Elvis Presley. In a series of interviews compiled into a YouTube video in recent years, band members John Lennon, Paul McCartney, Ringo Starr and George Harrison reflected on the incredible opportunity. But Starr admitted that the experience has been tainted, as I have claimed that Presley attempted to bar them from entering the United States in the years after their initial meeting.

“He was just surrounded by these sycophants,” Starr recalled initially of the meeting.

“He was not doing what he should have been doing.

“And they just sort of faded out, you couldn’t get close,” the singer continued. “It’s not like we could have become good friends, it was impossible.”

“We weren’t buddies or anything,” Harrison went on. “But he was really nice. He was a nice guy.

“he was very slim, yeah he was really good, I’m glad I met him.”

“He was great, it was one of the great meetings of my life,” McCartney echoed.

A phone conversation with John Lennon heard the late star say: “We were asking him about just making movies and not doing any personal appearances or TV and he seems to enjoy it, I think he enjoys making movies so much.

“Because we couldn’t stand not making personal appearances, you know. We get bored, we get bored quickly. He says he misses it a bit.

Reflecting on his memories, Starr then shared his disappointment over Presley’s later move.